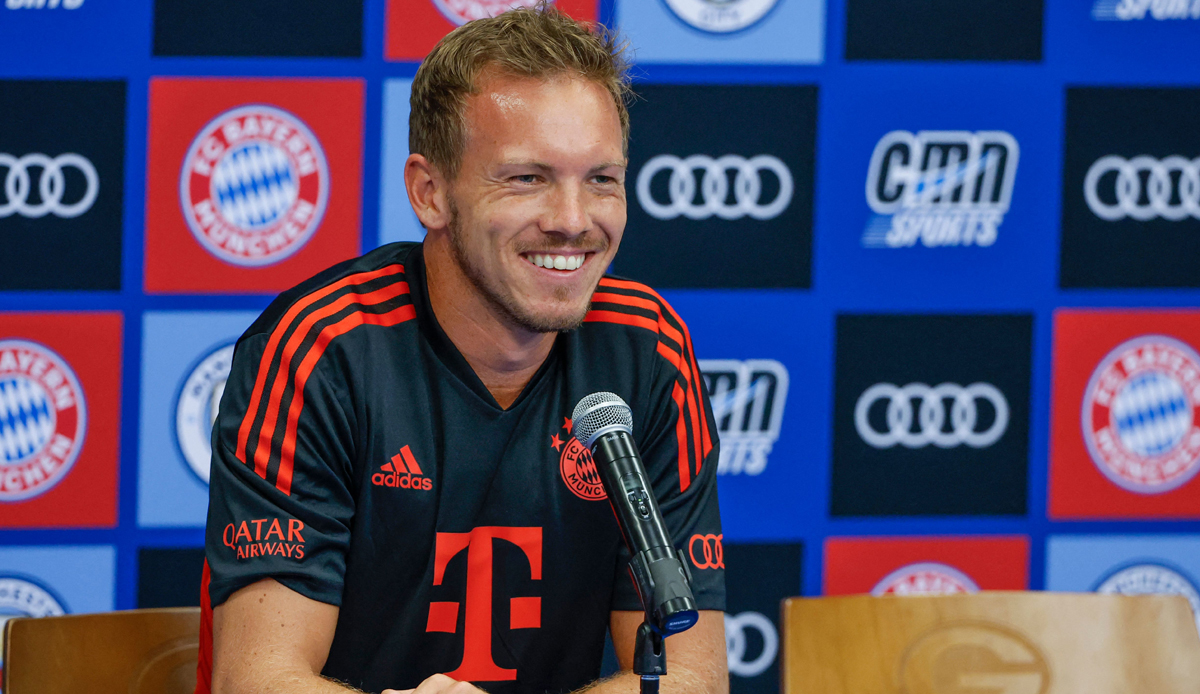 The first English week of the new season is coming up for FC Bayern Munich. Before the first round of the DFB Cup against Viktoria Köln on Wednesday, coach Julian Nagelsmann will answer journalists’ questions. SPOX accompanies the press conference in the live ticker.

FC Bayern: Press conference before the DFB Cup today in the live ticker

Before start: For Bayern opponent Viktoria Köln, the duel with FCB is “the biggest game in our club’s history,” as sporting director Franz Wunderlich said in an interview RevierSport explained. The third division will switch to the Rhein-Energie Stadium for the game, the arena is sold out with 50,000 spectators.

Before start: The Munich team can be quite satisfied with their start to the season. In the Supercup and in the Bundesliga, the German record champions celebrated four victories, some of them clear, before Gladbach became a stumbling block (1:1). Will there be a big rotation in the squad against Viktoria in the cup to protect the regulars?

Before start: Welcome to the live ticker of today’s FC Bayern press conference. Before the DFB Cup game against Viktoria Köln, FCB coach Julian Nagelsmann talks about the upcoming task. It starts at 12 p.m.

FC Bayern: Why is FCB late in starting the DFB Cup?

Although a large part of the first round of the DFB Cup has already been played, Bayern and Leipzig have to be late. The reason is the Supercup, which was held parallel to the DFB Cup at the end of July, in which the two teams were able to compete as German champions (FCB) and cup winners (Leipzig).

August 30th and 31st was selected as the catch-up date. On Tuesday Leipzig meets Ottensen in the DFB-Pokal, on Wednesday it’s Bayern’s turn against Viktoria Köln. Both games kick off at 8:46 p.m.

FC Bayern Munich: The start of the season at a glance