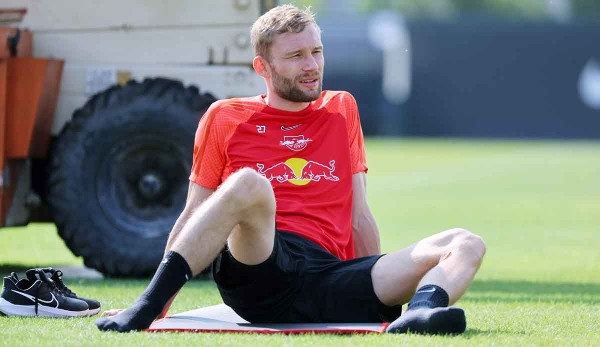 If FC Bayern Munich meets RB Leipzig at the start of the second half of the season, Konrad Laimer will also play. In all likelihood, the 25-year-old midfielder will move to Munich in the summer – and could also help out in a problem position there. As long as he is fit.

Trainer Julian Nagelsmann, Dayot Upamecano and Marcel Sabitzer: FC Bayern has used RB Leipzig extensively in the recent past. A change from Konrad Laimer failed last year because the clubs did not agree on a transfer fee. “I would have been ready to take the step. It was very close, but the go-ahead from Leipzig didn’t come,” said Laimer ServusTV.

Leipzig can no longer prevent a change next summer: Laimer’s contract is expiring, in all likelihood he will move to Munich for a free transfer. According to the Italian journalist Fabrizio Romano, he has already signed his new contract in Munich.

At the start of the second half of the season on Friday at 8.30 p.m. (click here for the live ticker), Laimer and his current employer will meet his likely future employer. With a win, Leipzig could move up to three points behind the leaders from Munich. Laimer is expected to be in the starting eleven – after missing large parts of the first half of the season due to injury and only celebrating his comeback in the friendly games during the winter break.

Laimer was absent at the start of the season due to ankle problems, later a syndesmosis ligament rupture slowed him down for weeks. Overall, he recorded only six competitive appearances this season.

Injury breaks are a recurring annoyance at Laimer: Despite being only 25 years old, he has already missed 82 competitive games, almost all of the 2020/21 season due to bone edema. This general susceptibility may be due to his intense style of play. Laimer doesn’t shy away from a kilometer or a duel in central midfield – instead, he even looks for them quite greedily.

“Konny is the most intense football player I know. He’s the ideal player for modern pressing football,” praised his former Austrian U21 national coach Werner Gregoritsch on SPOX and GOAL in the summer. “With his positive aggressiveness, he chases after every ball for 90 minutes and infects his entire team. Everyone likes having him as a teammate.”

Nagelsmann called Laimer a “monster ball-winning machine” during his time as Leipzig coach (2019 to 2021). If you look at the numbers of the past season – which is more suitable as a comparison value than the current one because of his injury – Laimer does not stand out from his future Munich rivals in this category.

On average, Joshua Kimmich won a ball every 11.36 minutes, Leon Goretzka every 13.01. Laimer is exactly in between with a value of 12.95. This season, the Munich duo has increased to less than eleven – while Laimer has dropped to 14 in his few appearances. Kimmich and Goretzka do significantly better than Laimer in the duel rate, and in the pass rate anyway.

Playing with the ball is not one of his great strengths, although that is also due to Leipzig’s style of play and he improved significantly in this regard, especially under Nagelsmann. According to his own statement, Laimer “made a big step forward” in terms of build-up play under his former (and probably future) coach.

FC Bayern: Laimer could help out as a right-back

Kimmich and Goretzka could challenge Laimer in central midfield from the coming season, possibly even ousting Marcel Sabitzer from the squad. According to table football a sale of Laimer’s former Leipzig colleague in the summer is conceivable. In the only test match of the winter break against RB Salzburg (4: 4), Sabitzer was only on the bench despite Goretzka’s absence, instead newcomer Ryan Gravenberch started alongside Kimmich.

However, Laimer can not only be used in central midfield, in Leipzig he has also gained experience as a right-back. He could also help out there in Munich, because the long-term occupation of this position is unclear: as is well known, Benjamin Pavard wants to move to the center or alternatively to another club, otherwise home-grown Josip Stanisic and Noussair Mazraoui, who is currently pausing due to a pericarditis, are available.

Managing Director Sport Max Eberl is already preparing in Leipzig for a future without Laimer: According to information, the sports picture Manu Koné, whom Eberl brought from FC Toulouse to his former club Borussia Mönchengladbach two years ago for nine million euros. According to Fabrizio Romano, there is another prospect for the 21-year-old Frenchman: FC Bayern.