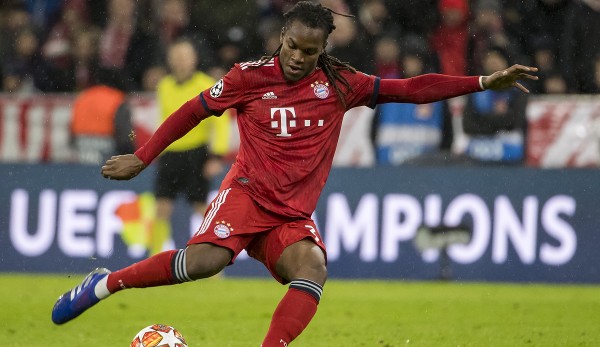 Renato Sanches spoke about his difficult time at Bayern. Alexander Nübel is obviously the favorite to succeed Manuel Neuer. Benjamin Pavard has apparently made a decision regarding his future. Also: Karl-Heinz Rummenigge comments on his DFB commitment. All news and rumors about FC Bayern can be found here.

Renato Sanches spoke about his difficult time at Bayern. In conversation with the magazine view the Portuguese admitted that he had imagined the jump from Benfica to the German record champions to be easier.

“When I went there alone, I was 18 and I thought I was ready to live alone and face this challenge, but now I know I wasn’t. That’s what made me grow up,” Sanches said .

In retrospect, the move to a top European club came too early for him. “They wanted me so much. When such a club wants you, it’s impossible to say no. My decision for Bayern was right, but I made it too early. I was lonely, injured myself in the first training session and I felt not mentally well,” the 25-year-old continued.

This is one of the reasons why he would not have been able to constantly perform in FCB dress: “I didn’t want to feel the pressure and feel good, but I couldn’t do it. If you feel pressured, you can’t perform well . That’s when I realized that if I’m not happy, it affects my level of play.”

Sanches moved from Benfica to FC Bayern in 2016. In three years, however, he was never able to assert himself with the Munich side, and even an interim loan to Swansea City did not bring the desired success.

After Manuel Neuer’s serious injury, FC Bayern must look for an alternative in goal. With Monaco loan Alexander Nübel, substitute keeper Sven Ulreich, World Cup hero Dominik Livakovic or the two oldies Yann Sommer and Keylor Navas, some names have been circulating through the media in recent days.

According to information from sports picture However, a return campaign by Nübel should be viewed as a desired solution. Apparently, contact has already been made with AS Monaco, but the Ligue 1 club would like a little more time to think about it.

Nübel was originally loaned to the French until next summer. At Monaco he started all 23 competitive games this season.

Benjamin Pavard apparently does not want to extend his contract with Bayern Munich. According to information from Sport Bild, the Frenchman has already decided to let his working paper expire if necessary. Pavard therefore does not want to hold talks with Bayern at all.

At Munich, Pavard usually had to play as a right-back, but he would much rather play in central defence. He was on the pitch for the German record champions 21 times this season. According to the report, Bayern should already be looking for alternatives for Pavard.

For Bayern’s long-standing CEO Karl-Heinz Rummenigge, it was “natural to comply with Bernd Neuendorf’s and Aki Watzke’s request to help. While the Argentinian or Croatian fans proudly cheer their team at the World Cup, the mood in this country is also very positive for the team dampened. That has to be changed again,” said Rummenigge (67). Munich Mercury/tz.

The former national player will be a member of a prominent expert committee of the German Football Association (DFB), which is intended to support the association in overcoming the crisis.

He was part of a task force with Uli Hoeneß, Rudi Völler and Reiner Calmund in 2000 after the EM debacle, said Rummenigge: “It was the alliance between the Bundesliga and the DFB at the time – and the basis for many successful tournaments.”