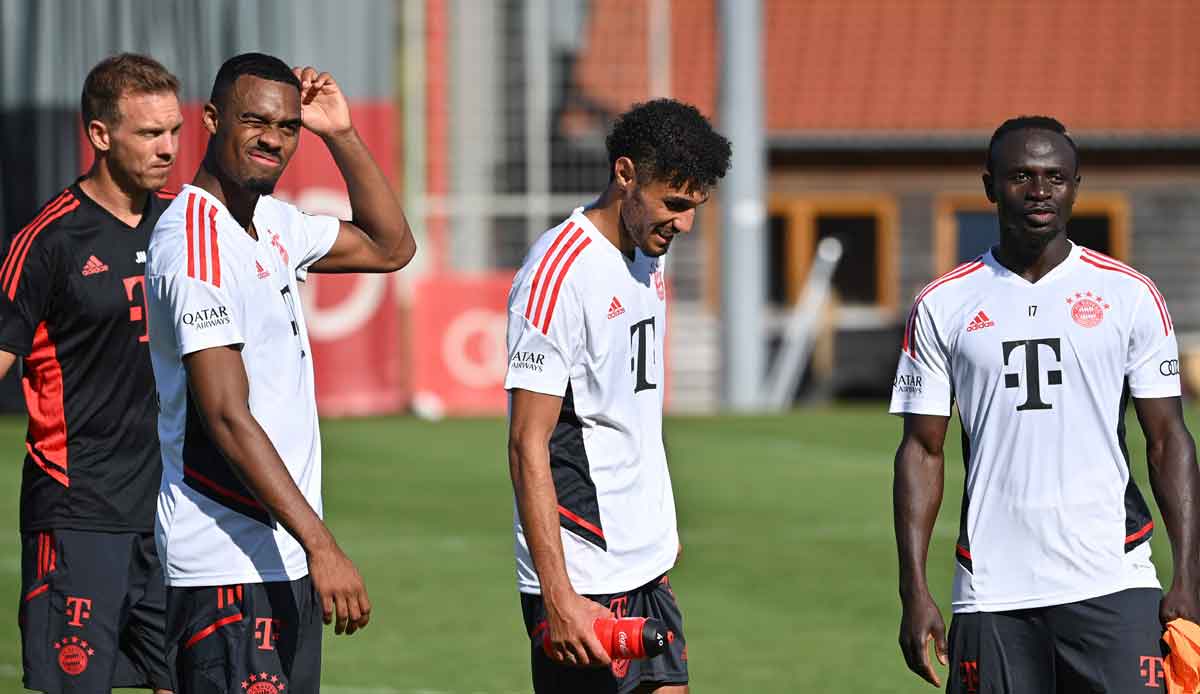 Ryan Gravenberch is making an excellent impression at Bayern Munich so far. Also because of the failure of Leon Goretzka, the newcomer from Ajax Amsterdam could become the winner of the preparation.

While FC Bayern Munich is celebrated for the quite remarkable signings of Sadio Mane and Matthijs de Ligt, another new signing is increasingly becoming the winner of the preparation: Ryan Gravenberch. This is due on the one hand to the current circumstances and on the other hand to himself.

The 20-year-old Dutchman came from Ajax Amsterdam for 18.5 million euros, he was originally planned as a substitute for eighth-place dog Leon Goretzka. His knee problems, which had been smoldering for a long time, now forced him to have an operation. Goretzka will be absent for weeks, so Gravenberch will have unexpected chances to play.

“Of course I would prefer it if Leon were there,” said coach Julian Nagelsmann during the preparatory trip to the USA. “But it gives Ryan the opportunity to make his mark a little earlier.”

Gravenberch already made a good impression during his first training sessions in Munich. Captain Manuel Neuer is “positively surprised” by his new colleague: “He’s very present, always wants to have the ball, is technically good, brings a certain aggressiveness with him.” Sport director Hasan Salihamidzic called Gravenberch “a feast for the eyes” and Joshua Kimmich also enthused: “He’s very ball-safe, physically good. It’s impressive that he’s already at such a high level at his age.”

Gravenberch is a classic box-to-box player, Nagelsmann sees him as “a link between offensive and defensive”. Gravenberch presented his extraordinary skills in all directions in the first test match against DC United in front of the goal to the final 6:2. Winning the ball in his own penalty area, dribbling through two opponents, interface pass to goal scorer Thomas Müller.

It was a scene that could beautifully illustrate Julian Nagelsmann’s praise: “Ryan is a very, very fine footballer with creative ideas, a good sense of space and a good opening of the game. He has incredible coordination, his bones and the ball always under to get control.”

That became Bavaria’s millions of teenagers

In fact, Gravenberch moves surprisingly gracefully for his height of 1.90 meters. Comparisons with the similarly built Paul Pogba are obvious. They’ve been following him since his youth at Ajax Amsterdam, Gravenberch told him table football: “The way he moves on the pitch, his body, he’s also tall and has long legs, then his technique – we might have a few similarities.”

Pogba returned to Juventus from Manchester United this summer. As a replacement, United’s new manager Erik ten Hag reportedly wanted Gravenberch, whom he had helped break through at Ajax. But his decision had been made for a long time, since last autumn there have been talks between Gravenberch’s consulting agency of the late Mino Raiola and FC Bayern.

In Munich, Gravenberch should become what Corentin Tolisso and Marcel Sabitzer have not (yet) become: a high-quality, reliable alternative to Goretzka. Former record-buyer Tolisso has struggled with injury problems throughout his five years at Munich, meaning his contract was not renewed this summer. He returned to his youth club Olympique Lyon on a free transfer.

Sabitzer followed Nagelsmann from RB Leipzig to Munich last summer, but as a declared player of choice he experienced an extremely disappointing debut season. With a corresponding offer, he should probably leave Bayern, but he is fighting for a second chance – and impresses Nagelsmann with it.

“Marcel is one of the best players in preparation at the moment,” said the coach after the win against DC United, in which Sabitzer scored. For Nagelsmann, this results in a very comfortable situation: While regular player Goretzka is out, both available alternatives Gravenberch and Sabitzer are available.