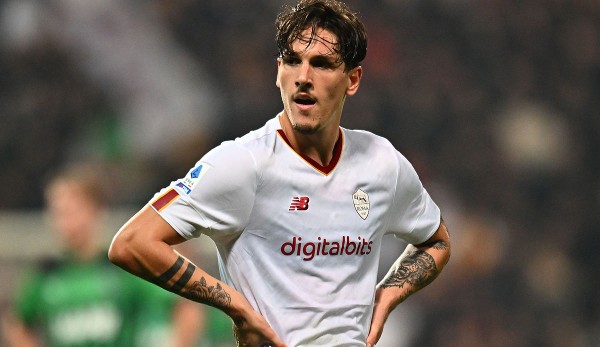 Nicolò Zaniolo is probably on the market and BVB’s former interest could flare up again. Also: No Grosskreutz advises Youssoufa Moukoko to stay. And Edin Terzic speaks at the press conference. The news and rumors about Borussia Dortmund.

BVB, News: Zaniolo apparently on the market – is Dortmund serious?

The Roman daily newspaper already reported at the beginning of January Il Messagero from a BVB interest in Nicolò Zaniolo, who could probably leave Roma in the near future. As Fabrizio Romano reports, the capitals are now open to selling Zaniolo in January. The talks about a new contract have therefore burst – AS Roma wants to make money for the 23-year-old.

The problem for Borussia Dortmund: According to the report, Tottenham is said to be well informed about the situation and Roma have reportedly already made a transfer fee of 40 million euros.

BVB, News: Reus is questionable for Augsburg, Haller before his debut

Borussia Dortmund may have to do without Marco Reus if the Bundesliga season continues. According to coach Edin Terzic, the captain was unable to train all week due to illness. The slightly injured Emre Can, Anthony Modeste and Mahmoud Dahoud are also questionable for Sunday’s game against FC Augsburg. According to Terzic, Thomas Meunier (torn muscle fiber) is “not available to BVB for the next few weeks”.

Sebastien Haller makes his competitive debut for this. Terzic left it open whether the goalscorer, who suffered from testicular cancer last summer, will play from the start or take on the role of the joker. “We hope that there will be magical moments with Seb as soon as possible,” said the BVB coach.

Enrico Maassen talked to the Ruhr news looked back on his time at BVB and said: “I remember very good and very successful years. We made it into the 3rd division and safely managed to stay up there. And we raised many players to another level.”

The fact that he then joined FC Augsburg, he called the “next logical step” and explained that this was his wish. Next Sunday (3.30 p.m.) Borussia Dortmund welcomes FC Augsburg. The Fuggerstädter are currently in 14th place.

Rio world champion Kevin Grosskreutz recommends that young national player Youssoufa Moukoko not say goodbye to Bundesliga club Borussia Dortmund in transfer poker. “In his place I would stay. There is no better club for him than Dortmund,” said Großkreutz 888 sports.

In the ongoing negotiations, the 34-year-old can understand both sides. “As a player, Moukoko obviously wants to get the best out of it. Of course, the fact that he was at the World Cup also plays into his hands,” Grosskreutz assesses the striker’s situation. BVB “doesn’t want to be put off for so long and express a clear point of view – Sebastian Kehl did that too”.

In terms of sport, the 18-year-old Moukoko has not yet finally convinced. “He has to continue to prove himself and not keep his performance constant for two or three months, but for one or two years,” said Großkreutz. With the returnee Sebastien Haller, who is available to BVB again after the shock diagnosis of testicular cancer, “the quality is now coming back, so he has to assert himself first”.

Most recently, sports director Kehl had given his young talent an ultimatum. “We made him a very attractive offer that gives him a lot of room for development,” said Kehl in an interview with the table football: “Youssoufa can now accept this offer and commit to Borussia Dortmund – or we will go our separate ways.” Kehl expects a decision before the Bundesliga restart on Sunday against FC Augsburg. (SID)