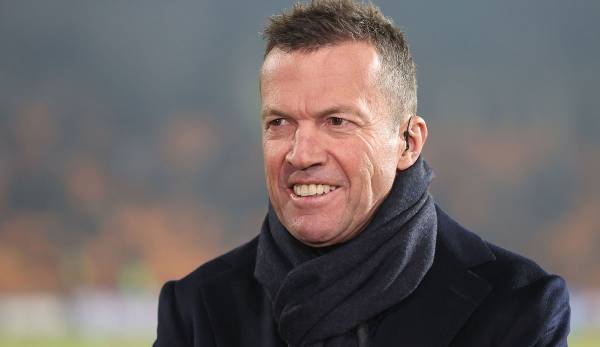 Every year since 2016, GOAL has honored the 50 greatest talents in the world with the NXGN award. In 2022, the Bundesliga can be particularly happy: Jude Bellingham from BVB landed on top of the podium as the winner, followed by Leverkusen’s Florian Wirtz in 2nd place and Jamal Musiala from FC Bayern in 4th place. Means: The Bundesliga is THE top league for talents.

And yet the young Germans see themselves exposed to a dangerous development. In conversation with SPOX and GOAL world footballer Lothar Matthäus classifies the result.

“It’s looking good – especially for the Bundesliga. It’s fun that the Bundesliga players are positioned so high,” says Matthäus when he SPOX and GOAL present the results of the NXGN Awards 2022. With Jude Bellingham, Florian Wirtz and Jamal Musiala, three talents from the Bundesliga were voted into the top 4.

Youssoufa Moukoko (8th place), Ricardo Pepi (10th place) and Luca Netz (15th place) complete the overall very good picture of the Bundesliga. The only player in the top 4 not playing in Germany is Barcelona’s Gavi. Matthäus: “He could also be a little higher up, he performs excellently.”

Overall, he thinks the choice at the top was a good one: “Bellingham and Wirtz have more appearances than Musiala. Musiala still has room for improvement if he gets more playing time. Then he could climb up the rankings.”

The world footballer from 1991, on the other hand, doesn’t quite go along with Moukoko: “I don’t quite understand why he’s in eighth place,” says Matthäus. “He has hardly any playing time and cannot show what quality he has. But the placement shows how highly he is rated.”

Lothar Matthäus: I give this advice to young players

Speaking of playing times: Match practice is the key to success for Matthäus. While Bellingham, Wirtz and now also Musiala play regularly, Moukoko (also due to injury) and Pepi are a bit slack at their clubs. “Both are talented players, but they just have to play,” says Matthäus. “Without playing time you can’t develop, without playing time you don’t get into the limelight. Just training alone is not enough. When giving advice to young players, this was always the most important thing for me: don’t look first at the big contracts, but at the playing times that you a coach can give!”

The chances for talent in the Bundesliga are better than in almost any other country. The average age in the top German division is 25.7 years. Spain (27.8), England (27.3) and Italy (26.9) are above it – only France (25.6) is in a comparison of the top leagues a bit better than the Bundesliga.

This is a huge advantage in the global battle for top talent. “In England, the more mature, experienced players are more likely to be brought in. They also come when they are playing – the young players are correspondingly fewer,” says Matthäus. “You could see that with Sancho. He came from the island and saw the chance in the Bundesliga to play at a high level at his age rather than in the Premier League.”

With resounding success. Sancho developed into a top player in Dortmund and after four years in Germany he switched back to Manchester United for a whopping 85 million euros.

Bundesliga as a springboard: There are two catches

But there are two catches with the development of the Bundesliga into an international top youth league: On the one hand, the top German league is increasingly becoming a transit station for these top talents abroad – after Sancho, Leon Bailey, Kai Havertz, Timo Werner and Ibrahima Konate in the Premier League – and on the other hand, the trend of the clubs themselves is to bring more talents from abroad. A danger for young Germans.

For example, FC Bayern has signed several players from all over Europe and beyond in recent months: Lovro Zvoranek (16) from Croatia (Slaven Belupo), Liu Shaoziyang (18) from China (from cooperation club cooperation partner FC Wuhan Three Towns), Jonathan Asp Jensen (16) from Denmark (FC Midtjylland), Matteo Perez Vinlöf (16) from Sweden (Hammarby) and Hyun-ju-Lee (18) from South Korea (on loan from Pohang Steelers with an option to buy).

BVB is also becoming increasingly international in the youth field, concentrating on England (Bellingham, Bynoe-Gittens) and France and also keeping an eye on the Netherlands and Scandinavia.

And even the American market is becoming more and more interesting for German clubs – not least for marketing reasons. Bayern entered into a cooperation with partner club FC Dallas in 2018 and has been inviting talented players to Munich for trial training ever since.