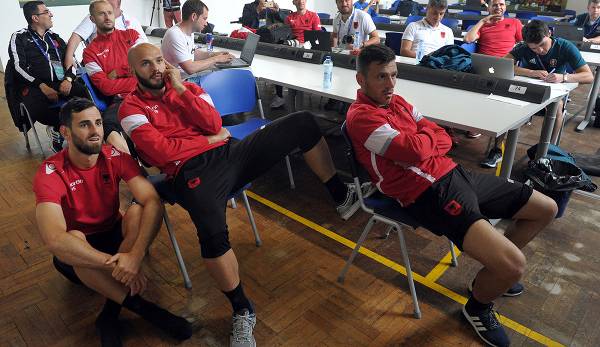 Once a year, the Islamic world fasts for a month from sunrise to sunset. The situation is particularly challenging for professional athletes. While stakeholders at SPOX and GOAL demand tolerance, one is not so relaxed everywhere.

Ümit Özat seemed hesitant at first, but then, as always, the former 1. FC Köln professional didn’t want to beat about the bush. In 2019, Özat was the coach of Adana Demirspor. Adana, a city in southern Turkey, has a Mediterranean climate. The summers are very hot and dry. Even in May, temperatures around 30 degrees Celsius are no exception.

Özat couldn’t understand why his striker Mickael Pote, who also played for Dynamo Dresden between 2011 and 2014, made no exception in Ramadan and fasted on the day of the match despite all the warnings.

Özat said: “I told him not to fast, but unfortunately he did it. You can compensate for not fasting, but not for a lost game. Nothing is more important than your employer, who pays you for your supper. Just fast one day not, boy! It can’t be that hard. I won’t let you gamble with the fate of a town.”

At the time, Özat triggered a wave of discussions in Turkey. The ex-Cologne native received a lot of support, but also a lot of rejection for his attitude.

Football professionals in Ramadan: “That could also be performance-enhancing”

Kenan Kocak ticks a bit differently. The former coach of SV Sandhausen and Hannover 96 and currently assistant coach to Stefan Kuntz in the Turkish national team says SPOX and GOAL: “It’s up to each player and you have to be able to differentiate. Not every player ticks the same way. So far there hasn’t been a serious case that I can remember.”

The 41-year-old doesn’t think much of a ban – he even sees it as an advantage: “One or the other player could release happiness hormones and this satisfaction, because you pull through it, could then also be performance-enhancing.”

If you talk to those involved and those affected, it is actually not possible to make an ultimate judgment about the extent to which fasting influences the performance of a high-performance athlete. There are many experts who bring many arguments. From a health point of view, no one has yet been able to close the issue.

The factor of the mental level should not be underestimated. Fasting in Ramadan is of great importance for the Islamic world. Many Muslims who do not normally pray five times a day, do not make a pilgrimage to Mecca or drink alcohol, try to fast during Ramadan in order to find a balance at least once a year.

But sometimes the belief weighs so heavily that the profession is completely pushed into the background. Long-time Bundesliga professional Mergim Mavraj had a clear stance during EURO 2016, in which he took part with Albania: “I know that there are many other guys here who don’t think like that, everyone is free to do so. But for me Ramadan is more important than the European Championship, so it’s not a big question for me.”

At that time, the month of fasting coincided with the European Championships – for many, this was also a reason why Turkey, which is dominated by Islam, lost the successful bid for EURO 2016 to France. While Mavraj saw no basis for discussion, it was different for the predominantly Muslim team from Turkey.

“If the game is further away, I think you can fast, but if work is serious, you should and can catch up later. It’s important for your health. If we have to, we fast for that Players,” said ex-national coach Fatih Terim, who basically left it up to his players how they proceed, as one hears from those around them.

The topic of Ramadan is also omnipresent in the Bundesliga and has long been immortalized in the automatisms of the clubs. What is particularly important here is communication between the players concerned and the coaches, who, without exception, leave the decision to the players, at least in the professional area, whether they want to fast or not.

According to the files, there was no longer a case “FSV Frankfurt”. In October 2009, the then second division team warned its three professionals Soumaila Coulibaly, Pa Saikou Kujabi and Oualid Mokhtari because they were fasting. “Through your behavior you have put your athletic performance at risk in a significant way. This represents a serious violation of § 2 j) of your employment contract,” the club said in the warning at the time.

Even in strict Iran there are ways out

At the time, the FSV included a passage in the players’ contracts that said they were not allowed to fast during Ramadan, but in doing so violated the legal basis. The sports lawyer and lawyer for the players’ union VDV, Dr. Frank Rybak, said: “Blanketly banning fasting or dieting is unlawful.” The players complained and were right.

At that time, the DFL, DFB and the Central Council of Muslims in Germany sat down to talk about solutions. In principle, this is actually very simple, because Islam allows believers to suspend fasting if it interferes with working for a living or if their health does not allow it.

You can then make up for the fasting or through a so-called Fitr-Payment – a kind of donation to those in need of an appropriate amount – to make up for non-compliance with the commandment. But the problem is that there is no final authority in Islam that, like the pope in the Roman Catholic Church, answers unresolved questions and preaches ultimate solutions. Many commandments of the religion are received and practiced differently.

In more moderate Islamic countries like Turkey, catching up and Fitr widespread. In rather stricter areas and therefore not with their people. So many professionals fast despite the possibility of not doing it. Interesting: Even in strict Iran, footballers have agreed not to fast for the most part in league operations. In Turkey, the usual evening games have been postponed for a month in order to get the breaking of the fast over with when the toast is held.

In the Bundesliga, matches usually take place before the fast is broken at sunset. As a rule, only the late game on Sunday is affected this season or, as recently, the catch-up game FC Augsburg – Mainz 05, when the visiting captain Moussa Niakhate asked the referee Matthias Jöllenbeck at half-time if it would be possible to play around the 62. minute to take a drink break.

The same request was made during the RB Leipzig – 1899 Hoffenheim game, when Bastian Dankert gave Leipzig’s Mohamed Simakan permission to have an energy drink and an energy bar. According to information from SPOX and GOAL, the DFL and DFB do not have any general guidelines for drinking breaks in Ramadan, but are purely at the discretion of the referees. However, the league and the association welcome the actions of Jöllenbeck and Dankert.

DFB teacher Lutz Wagner also agrees SPOX and GOAL that the drinking breaks are “supported” when players ask for them, and refers to the breaks in the hot summer months, when the refreshment breaks for everyone involved, at the discretion of the referee, have long been part of the usual picture.

Ramadan may have one good thing for everyone involved. Traditionally, it is good manners to invite as many guests as possible to celebrate the breaking of the fast.

In the women’s soccer department of SC Freiburg, breaking the fast has become a team building measure. “When you’ve fasted all day, you invite people over and then everyone eats together. That’s actually a cool thing,” says Freiburg captain Hasret Kayikci SWR. Maybe Mickael Pote should have invited Ümit Özat to dinner.