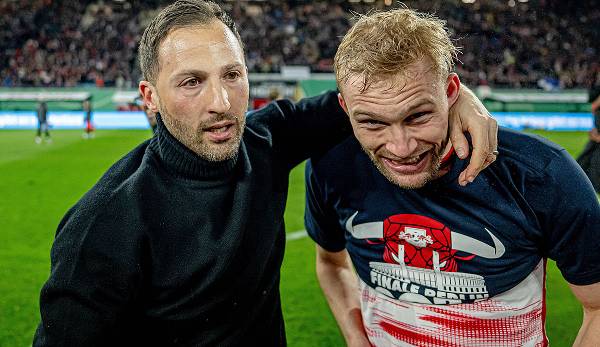 Bayern coach Julian Nagelsmann expects a penalty after criticizing the referee in the game against Borussia Mönchengladbach. Thomas Müller struggles with the exploitation of opportunities and Konrad Laimer confirms that he will not move to Munich in this transfer window. Here you can find all the news and rumors about FCB.

Despite the 1-1 draw against Borussia Mönchengladbach, coach Julian Nagelsmann was quite happy with his team’s performance. The biggest topic after the game, however, was referee Daniel Schlager. In the final phase, the Bayern coach also picked up a yellow card for complaining.

That was fine for Nagelsmann: “I asked if the headset worked. Of course that was an asshole question from me. I got yellow for that,” he said sky. at ESPN Nagelsmann further suspected that he would now receive a penalty from the DFB.

The reason for his anger was the numerous tight situations, which, according to Nagelsmann, were all designed for Gladbach. “I think there were about 20 decisions that could have been made for either team and he always made the decision for Gladbach, in every situation. I think it was a terrible performance from the referee.”

FC Bayern: Thomas Müller is annoyed about the exploitation of opportunities

35 shots, 20 of them on target, only one hit. For Bayern, the worm was in there in front of the Gladbach goal and Yann Sommer once again outdid himself in the goal of the foals. “We don’t know any different that Yann Sommer plays his game of the year against us,” said Thomas Müller.

The 32-year-old spoke of a “cool game for the fans”, although the result wasn’t right in the end. “If you need so many chances to score a goal, you have to look at yourself first,” said Müller. “But it was positive that we hardly gave Gladbach a chance (…) We want to continue in this style so that we and the spectators can enjoy it.”

The rumor that Konrad Laimer could move to the Isar persisted for almost the whole summer, but that is now off the table. After Leipzig’s 2-0 win against Wolfsburg, the Austrian confirmed that he would stay in the trade fair city.

When asked whether a transfer to Munich would have been done, Laimer answered Sky with “Yes.” The picture had already reported on Tuesday that a possible deal had burst. Accordingly, the people of Leipzig rejected an offer of 24 million euros including bonus payments.

A move from Laimer to Munich could possibly become relevant again in the coming year. The midfielder only has one contract until 2023 and could therefore move on a free transfer next July.

The deal is not fixed yet, but Bayern will sell Joshua Zirkzee in the coming days. As reported by Fabrizio Romano, the Dutchman will move to Bologna for 8 million euros.

The striker was spotted at the San Siro yesterday, Saturday, watching the match between Milan and his future employer. Milan won 2-0 through goals from Rafael Leao and Oliver Giroud, leaving Bologna one point after three games.