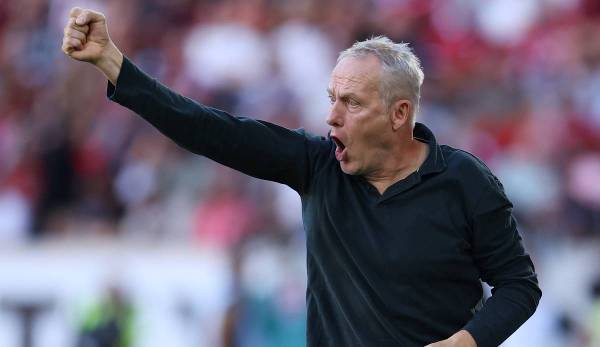 Conclusion of the 7th matchday in the Bundesliga – TSG Hoffenheim welcomes the sports club from Freiburg. You can follow the game in the live ticker here.

Before starting: The difference between the two teams, however, is that the sports club has 90 minutes of Europa League under its belt during the week. After all, there was a 3-0 win at Olympiacos Piraeus.

Before the start: The encounter is also something like the top game of the weekend. Both teams can settle at the top of the table with a win.

Before beginning: Servus, welcome to the last Bundesliga game of the seventh matchday. SC Freiburg is a guest at TSG from Hoffenheim.

This game at the unusual broadcasting time of 7.30 p.m. will also be broadcast by DAZN. The broadcast starts at 6.45 p.m., you will be guided through the game by the following team:

However, to be able to follow the game, you need a DAZN subscription. You get this for 27.99 euros per month or 274.99 euros in the annual option.