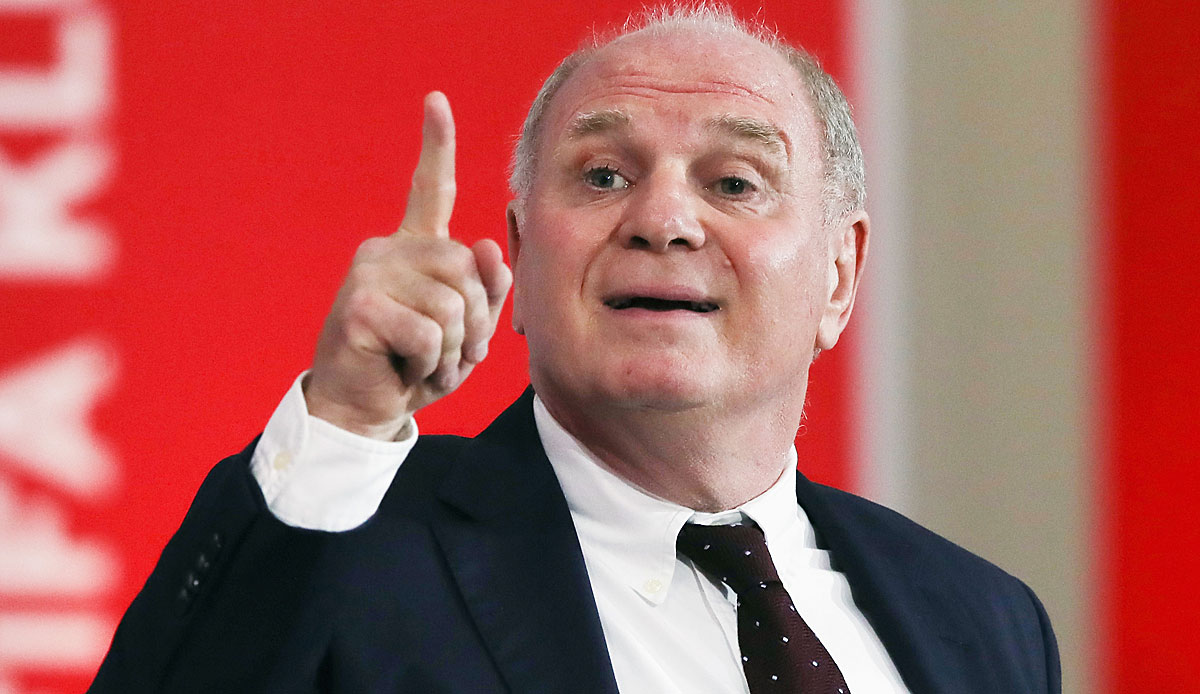 Bayern Honorary President Uli Hoeneß on Sunday in sports1-Called Doppelpass and fought a war of words with the former DFL Managing Director Andreas Rettig regarding the World Cup in Qatar. The conversation verbatim.

Uli Hoeneß: “Actually, I wanted to before Alfred Draxler gave what I think was his fantastic speech and his fight for this story – but I didn’t have the phone number.” (Draxler had previously spoken of hypocrisy on the subject of Qatar criticism, editor’s note)

“So I was able to use the commercial break to tell him that I stand behind what he said 100 percent – which is not often the case, the gentlemen from the Bild newspaper know that you often have different opinions.”

“But I would like to say to Andreas Rettig, the king of hypocrites, whether he doesn’t shower so warmly in the winter at some point? Whether he also buys the gas that we will soon be getting from Qatar and maybe even the oil from Saudi -Arabia – which I don’t think is so good now – … whether he has ever thought about it.”

“And another argument: When the problem was in Afghanistan, all the German officials and the people who helped us there were flown out via Qatar and only with great help from Qatar.”

Uli Hoeneß: “Workers in Qatar are better off because of the World Cup”

Uli Hoeneß: “And one thing is already certain: The World Cup and also the commitment of FC Bayern and other sports activities in the Gulf region will lead to the working conditions for the workers there getting better and not worse. Because I’ve never heard anything on such programs via Dubai, via Kuwait [und andere] – it is only spoken about Qatar. And the only country where things really get better when this discussion takes place, that’s Qatar. And Mr. Rettig needs to think about that. This constant teasing.”

“You can have different opinions about the decisions, ten or twelve years ago, when the World Cup was awarded. That’s something different again. But it’s the way it is now. And one thing is also clear: the workers in Qatar are fine better and not worse because of the World Cup. And you should finally accept that. And not constantly hit people. Because only through the discussion and because Mr. Scholz (Federal Chancellor, editor’s note) drives there that the national teams go there, it will get better in the long run.”

Andreas Rettig: “It doesn’t surprise me that you are arguing like this, Mr. Hoeneß, as Qatar’s ambassador. You have been associated with the House for years. It is therefore not surprising that you are speaking pro domo on the issue.”

“The examples you mentioned are not effective because none of them have held a World Cup as is the case in Qatar. And you can see that this long journey by the Qataris also caught on with you, what the topic of sportswashing And I strongly recommend you – I was at an event yesterday organized by the Rosa Luxemburg Foundation, among others, and where Amnesty and a blogger from Kenya were present, you should talk to him because he was on site. Let him explain the circumstances in this country to you, how people work there.”

“I don’t think we should pant after the issues that are unfortunately conveyed here by the Qatari propaganda: Everything is getting better…” (Hoeneß tries to interrupt) “I let you finish speaking too… and everything is getting better and is on the way. I can only hope that Mr. Neuendorf (DFB President, editor’s note) will assert himself with these issues of a fund for victims of construction site victims where thousands of workers died there The location was impressive yesterday. I would probably recommend that you broaden the sources you are tapping into in the near future.”

Hoeness: “A question for you: Have you ever been to Qatar?”

radish: “No, that’s not one of my favorite travel destinations.”

Hoeness: “Ah yes. I’ve been to Qatar. I was able to look around there. And I think it would be quite good if you went to Qatar and looked at things there.”

radish: “But Mr. Hoeneß, Mr. Beckenbauer didn’t see any slaves there either. Then everything is fine.”

Hoeness: “I assume that you would search a little more intensively.”

radish: “You can assume so.”