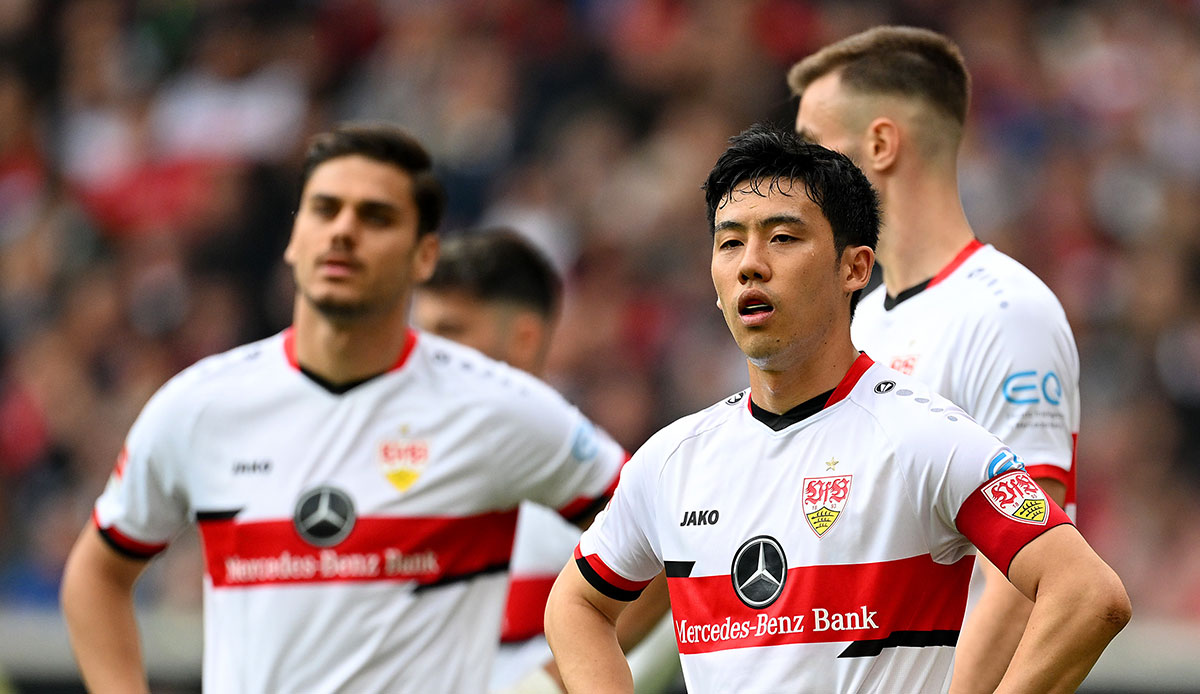 Distortion of competition in the relegation battle? Sven Mislintat countered Felix Magath’s ignition with a smug smile. “We don’t need it,” said the Stuttgart sports director about the critical statements made by the former VfB coach about the next opponent, the strangely tension-free champions FC Bayern. Magath’s Hertha, Mislintat replied sourly, “is in control of it – and shouldn’t need Bayern Munich”.

VfB is completely different. Joker Chris Führich secured a point with his late goal (89th) in the 1: 1 (0: 1) against the saved VfL Wolfsburg – nothing more. “It hurts a bit,” Pellegrino Matarazzo said of the meager draw.

The coach has written off staying in the league given the four points behind Berlin and the difficult games in Munich and against European Cup contenders Cologne.

“First earn the relegation and then create the league,” said Matarazzo as a route. After all, Arminia Bielefeld is just two points behind Stuttgart. And so Mislintat also set the goal of “keeping that 16th place” and then tackling the relegation “with everything we have”.

VfB doesn’t have much to avert the fourth relegation after 1975, 2016 and 2019. That became clear against Wolfsburg. Matarazzo immediately saw “several weaknesses”, especially on the offensive.

No wonder: in the last five games without a win, the courted Sasa Kalajdzic and Co. managed just two goals.

Will VfB fall against a second division team like they did three years ago against Union Berlin? Mislintat sees a “huge difference from back then: a very, very good group with a high quality”. He is certain: “Playing against us is not fun for anyone.” Not even Bayern? “It’s clear,” countered Matarazzo’s colleague Magath, “that they don’t want to lose twice in a row.”

Wolfsburg, on the other hand, has achieved what Jörg Schmadtke called “the minimum goal”. The managing director then announced that he would start the new season with Florian Kohfeldt. The trainer is also “firmly convinced” before the upcoming talks and announced: “We have plans for next year!”

But first he wanted to hug John Anthony Brooks and thank him for his important goal (13th). Despite his departure in the summer, the defender gave “everything, absolutely everything”.

And so the coach got on the plane “with a good feeling”, where he could “sleep a little” relieved. Yes, like Schmadtke, he admitted that this season was “unsatisfactory”, but he doesn’t want to be “played down” with the “exercise effort” to stay up in the league.

why? What went wrong, Schmadtke emphasized, “is not the sole responsibility of Florian Kohfeldt”. The 39-year-old (contract until 2023) “led the team to where we wanted them to be in the end”.