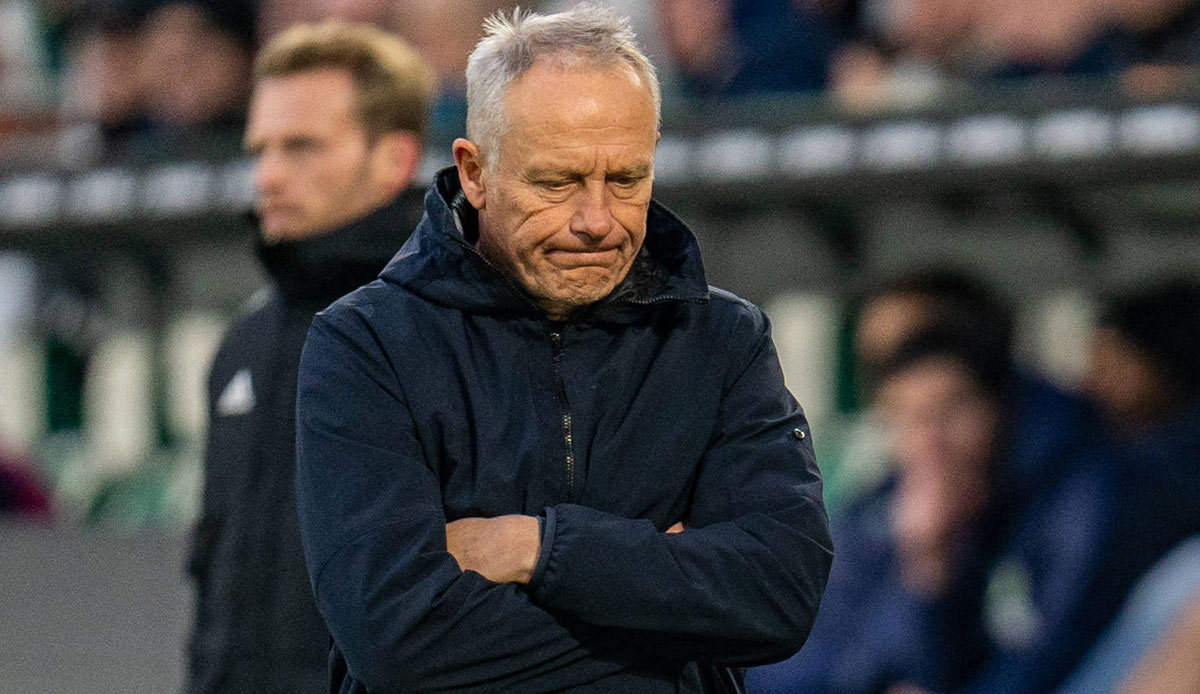 So much for Bayern hunters: SC Freiburg started the new year with a disastrous 0:6 against VfL Wolfsburg.

Christian Streich had almost longed for the final whistle, after which the SC Freiburg coach waved his arms. After the bitter 0: 6 (0: 3) and a completely desolate appearance at VfL Wolfsburg, Streich immediately called his team into the dressing room – he probably had a lot to say to his players. And the Wolfsburg fans could hardly believe their luck after the biggest win of the season against the previous runners-up, they sang: “Oh, how nice”.

Patrick Wimmer (1st), Jonas Wind with a brace (34th and 37th) as well as Yannick Gerhardt (56th), Ridle Baku (80th) and Luca Waldschmidt (90th + 4) with a penalty kick shot it up deserved victory against the supposed “Bayern hunter number one”. Playful, efficient and ice-cold, the wolves didn’t give the staid guests a chance, and the Freiburgers didn’t even get the consolation goal.

“It’s extremely painful to start like this in 2023,” said Freiburg’s captain Christian Günter on Sky: “Everything came together, it was a really bad day for us. I don’t have a bit of an explanation. It wasn’t apparent . We have to look at what went wrong.”

Central defender Matthias Ginter also admitted “that we didn’t have any chances”, but he was unable to provide any reasons for this. Freiburg is now five points behind record champions Bayern Munich, who scored a point in the 1-1 draw at RB Leipzig on Friday evening and are therefore autumn champions.

The Wolfsburg team coached by Niko Kovac climbed to sixth place with their fifth win in a row. Freiburg slipped from second to fourth place. Maximilian Arnold didn’t want to rate the win against too highly. “We’re still on the right track, the trick is to deliver week after week,” he said.

Streich had demanded “100 percent focus and willingness” from his team. But his team wasn’t ready at first in front of 23,849 spectators. Gerhardt passed the ball wonderfully into Wimmer’s run and it surprised the guests right after the kick-off.

Freiburg was visibly impressed by Wolfsburg’s tactical discipline and defensive order. In addition, the wolves were very effective, but the SC also allowed the factory club to do so surprisingly easily.

The second half then mostly just splashed along. Freiburg couldn’t really do it, Wolfsburg slowed down significantly with the sovereign lead behind them. Nevertheless, Gerhardt, Baku and Waldschmidt increased – they ensured VfL’s highest win of the season.

Niko Kovac (VfL Wolfsburg coach): “We got off to a very good start. With the second shot we scored the second goal and then it was an evening that would be a sure-fire success. Basically you can’t go wrong. Things work out that don’t always work out. I I’m happy about the development of the team.”

Christian Streich (Coach SC Freiburg): “After the first minute we knew how good Wolfsburg is. In the end you lose 6-0, what can you say. It’s best if I don’t say anything, then I won’t say anything wrong.”

VfL Wolfsburg – SC Freiburg: The data of the game