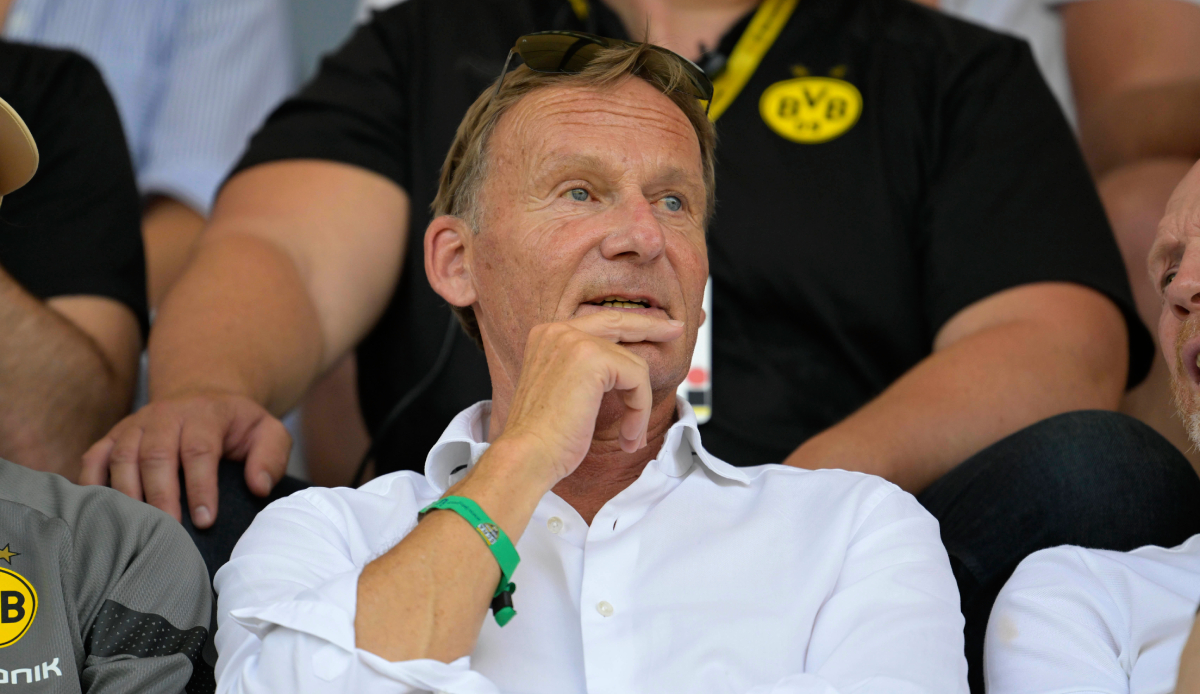 Borussia Dortmund is looking for a replacement for Sebastien Haller, who is suffering from testicular cancer and will be out for several months. This was confirmed by BVB Managing Director Hans-Joachim Watzke in an interview with the sports show.

“We said as long as we don’t have a clear diagnosis, we have to keep the ball flat first. That’s also a matter of respect for the boy,” said the 63-year-old: “But we have it now and of course it’s clear then that the downtime will be relatively long.”

BVB recently announced that Haller’s testicular tumor was malignant and that he therefore had to undergo intensive treatment. It is currently completely open when the Ivorian can start training again, a downtime of several months is to be expected. Haller switched from Ajax to Borussia Dortmund this summer for around 31 million euros.

“Now dumping everything on Youssoufa Moukoko’s shoulders, he’s 17 years old, that might be a bit much,” said Watzke. That’s why he thinks “that we’ll do something again in terms of personnel.” However, the market is difficult. “Ideally, something should happen in the next eight to ten days,” Watzke announced.

BVB: Bayern nightmare in the raffle

Recently there have been rumors about Edin Dzeko and Edinson Cavani. the Ruhr news but now reported that BVB does not want to spend so much money on quite old players. On the other hand, there is another striker, Anthony Modeste, who is also 34 years old. The local newspaper writes that a transfer is “purely a matter of negotiation and persuasion”.

The Spanish Newspaper Sports also brings the name Memphis Depay into play at BVB. His environment was contacted by the Dortmund decision-makers, they hope for a free transfer or a loan. The latter would only be possible if the contract, which runs until 2023, is terminated. Such a deal is currently being negotiated as Barca’s plan to find a buyer who would pay the targeted €20m has failed.

When the problems on the offensive are solved, another attack on FC Bayern should take place. “Of course everyone, apart from the Bayern fans, wants Bayern not to become German champions,” said Watzke: “I said it will happen at some point in the next few years.” However, he does not want to guarantee that this season will already be the case.