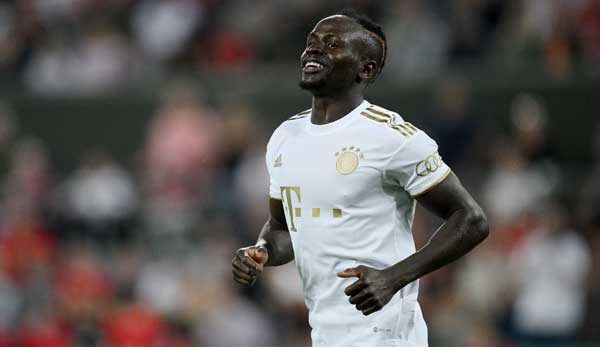 Of the many highlights on the Bundesliga calendar, the classic between FC Bayern Munich and Borussia Dortmund is right at the top. Here you can find out when the two best German teams will meet in the 2022/23 season.

The 2022/23 Bundesliga season is only four weeks old and the two strongest German clubs in recent years can once again be found at the top of the table. Above all, champions FC Bayern Munich got off to a brilliant start. Four games, three wins and 16 goals scored currently mean the table lead. Coach Julian Nagelsmann’s team lost their only point against Borussia Mönchengladbach, but it took a historic performance from Gladbach goalkeeper Yann Sommer to do so.

At runner-up Borussia Dortmund, on the other hand, things are not going quite so smoothly. Although they are in a solid fifth place after four games and only have one point less than Bayern, their performance on the pitch could be improved. The late 2:3 defeat against newly promoted Werder Bremen was particularly bitter.

Nevertheless, the games between FC Bayern and BVB, also known as the classics, provide a great spectacle at least twice during the season, which attracts fans from all over the country.

Bundesliga: When will FC Bayern and BVB meet in the 2022/23 season?

Football Germany doesn’t have to wait long for the first meeting of the season, because the two Champions League clubs are already facing each other on the 9th matchday, i.e. in a few weeks. More precisely, the first half of the season will take place on Saturday 8 October at 18:30. The top game of the week will be played in Dortmund’s Signal-Iduna-Park, the home ground of BVB.

The second leg on matchday 26 in Munich, on the other hand, has not yet been scheduled exactly. It will take place on April 1st and thus again on a Saturday, that is known, but the exact time will be announced in the course of the season.

The DFL also announced the fixtures for matchdays 8 and 9.

FC Bayern vs. BVB: The past five encounters at a glance

FC Bayern is clearly ahead in the duel with the black and yellow. The record champions have won all of the past five meetings – whether in the league or the DFL Supercup. The winning streak has already grown to ten. The last Dortmund victory so far was several years ago. In the 2019 Supercup, BVB won 2-0, with Lucien Favre on the sidelines at the time.

FC Bayern vs. BVB: broadcast on TV and live stream

Since both duels are Saturday games, you can already say that sky the two classics will be broadcast, since the pay-TV broadcaster is taking care of all Saturday games this season. Incidentally offers sky the games also in the live stream, which you can access by means of SkyGo-Subscription or via WOW can access.