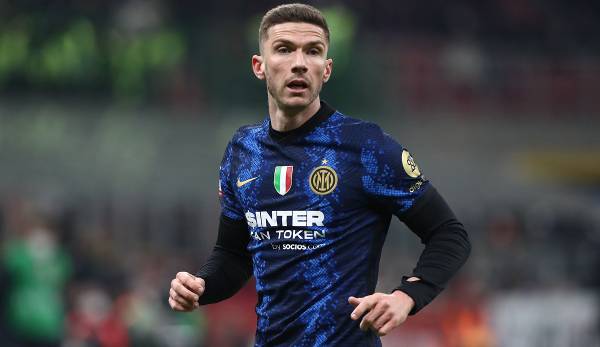 Robin Gosens will not be part of the World Cup in Qatar. The 28-year-old left-back from Inter Milan was not included in the 26-man squad by national coach Hansi Flick and has to stay at home. There are said to be several clubs from the Bundesliga that have asked about the national player. But which German club would Gosens suit at all? We do the check together with the smart data specialists from Createfootball.

According to consistent media reports, Bayer 04 Leverkusen, Borussia Mönchengladbach, VfL Wolfsburg and Eintracht Frankfurt are particularly interested in Robin Gosens. From January, the 28-year-old could appear in the Bundesliga for the first time in his career if there is a change. But which club would he be best suited to?

Robin Gosens: His style of play

Gosens was the first to really define the term rail player in Germany and was one of the first players to work really well in this position when the back three returned a few years ago. That’s how he became a national player.

His 2020/21 season was particularly impressive when he contributed 11 goals and five assists for Atalanta Bergamo in Serie A. He rarely creates the chances himself: Rather, when he attacks on the right from his left side, he moves into the middle with a lot of train and physique in order to finish there.

When attacking from the left, he comes towards the baseline with a lot of tempo runs. From there he likes to hit crosses into the centre. On the other hand, he rarely goes into one-on-one duels because his technique is not really outstanding.

He also does a lot of intense runs forwards and backwards, but is always vulnerable on the backward movement if he steps up too high. A good protection by the left central defender is of elementary importance for him.

Gosens clearly has his strengths offensively and in building up attacks (his passing quality is very decent). However, he is not a trained full-back and therefore sometimes has problems in defensive one-on-one duels.