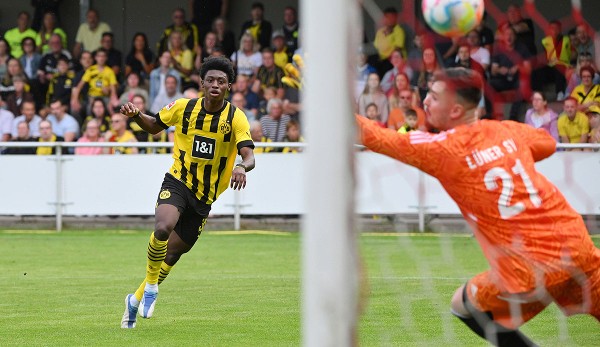 After a long search, Borussia Dortmund seems to have found a buyer for the discarded Nico Schulz. Jude Bellingham receives high praise from England captain Harry Kane. Here you can find all the news and rumors about BVB.

BVB, News: Will Dortmund get rid of Nico Schulz?

BVB has been wanting to sell left-back Nico Schulz for several transfer periods. In the course of the current season, the 29-year-old has played no role with the professionals.

Now a change seems to be in the offing for the winter transfer window. Anyway it should be loud picture Lazio Rome show serious interest in Schulz. Lazio would like to borrow Schulz free of charge until the end of the season, but is willing to pay half of his salary of six million euros.

Schulz came to BVB from TSG 1899 Hoffenheim for 25.5 million euros in 2019, but was never able to assert himself in Dortmund and recently made the headlines due to private allegations.

Harry Kane was named best player after scoring his first goal at the World Cup in Qatar, but the England captain gave high praise to someone else. “He’s a fantastic player,” said the striker after beating Senegal 3-0 (2-0) in the round of 16 about Dortmund’s Jude Bellingham.

“He has everything: without the ball, when pressing, with the ball. He runs, he plays passes – and is important when it comes to goals,” said Kane: “He’s very mature for his age.”

The 19-year-old Bellingham not only excelled in attacking midfield by preparing the first two goals by Jordan Henderson (38th) and Kane (45th + 3). He also convinced defensively with many ball conquests. “He will continue to learn and improve,” said Kane, “it’s great to have him on the team.”

In a double pass from sports1 the former professional Markus Babbel spoke about the lack of leading players in the German national team and identified reasons for this. “We’re always upset that we don’t have leaders anymore. But when I look at the youth: If someone is more talented, then they’ll be put straight into the next grade. Then they’re always the younger ones and will never develop like that and open his mouth,” criticized Babbel.

The 50-year-old therefore advocated that the players should remain in their respective years in order to be able to take on a leadership role there. “He should be able to take on responsibility there. But he will never be able to develop into a leader like that,” said Babbel, citing BVB striker Youssoufa Moukoko as an example.

“For me, it’s crazy that a 15-year-old Moukoko plays in a U19! How is Moukoko supposed to develop into a leader?” asked Babbel.

Prince Aning and Jayden Braaf moved to Borussia Dortmund in the summer. Both players are part of BVB’s U23s, but have not yet been able to consistently impress in the 3rd division. in the table football Coach Christian Preusser drew a first interim conclusion about the two new purchases.

“He came with a lot of euphoria and did well with the pros,” said Preußer about 18-year-old Aning, who trained with Edin Terzic’s team at the start of the season. “But the 3rd division is something completely different, he showed some mixed games there. He will go to his family over the holidays, that will certainly do him good. And hopefully he will play a bigger role in the new year,” hopes Preusser in relation to the left-back.

Striker Braaf, signed by Manchester City, is also still struggling with adjustment problems. “He is not yet able to stay on the pitch for a long period of time. His substitutions were also mixed,” said Coach Preusser. “He’s a fast-paced player, but you can tell that he’s been injured for a long time. In a one-on-one he should really excel in the 3rd division. But we haven’t managed that yet.”