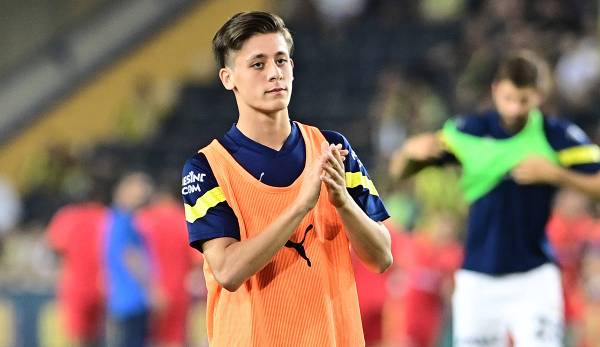 Borussia Dortmund apparently dares to try again with a “talent of the century”. A former player seems to be attracting interest from some Bundesliga clubs and Otto Addo talks about his future. All news and rumors about BVB at a glance.

The news and rumors about BVB from the previous days:

According to information from the Turkish side “Ajansspor”, Borussia Dortmund has put out feelers to Arda Güler from Fenerbahce Istanbul. BVB is said to have made an offer for the 17-year-old, who is already being celebrated in his home country as a “talent of the century”. The same applies to Ajax Amsterdam.

Accordingly, Dortmund is said to have offered 22.5 million euros, the Dutch, however, five million euros less. The offers were rejected, however, it is said.

After the current season, Borussia could start a new attempt. As the Gazzetta Dello Sport reported, Güler should then have an exit clause of 17.5 million euros if he gets more than 1500 minutes of playing time. In the event that the attacking midfielder plays less, Fenerbahce should only earn five million euros in a transfer.

Until the World Cup break, Güler, who can also play on the wings, played 13 competitive games and had a playing time of 305 minutes. He got three goals and one assist.

Former BVB player Immanuel Pherai has apparently aroused the interest of some Bundesliga clubs. This is reported by several media unanimously.

Among other things, VfL Wolfsburg, Bayer Leverkusen and Borussia Mönchengladbach are said to be vying for the services of the Dutchman. The 21-year-old reportedly has an exit clause of less than one million euros.

Pherai, who never made a breakthrough in Dortmund, moved to Eintracht Braunschweig on a free transfer in the summer. With five goals and five assists, he is the top scorer in the second division. He also has the most goals involved of any U21 player in the 2nd Bundesliga.

Otto Addo has made it clear that after his responsibilities as coach of Ghana at the World Cup in Qatar he will once again focus exclusively on Borussia Dortmund.

“I will definitely resign as national coach in Ghana, and then things will continue as normal. That’s what I’ve discussed with my family, who had to cut back a lot because of my double burden,” he said in an interview with the Ruhr news.

The 47-year-old has been a talent manager at BVB since the summer of 2021 and in the past was responsible for the career of Youssoufa Moukoko, among other things.