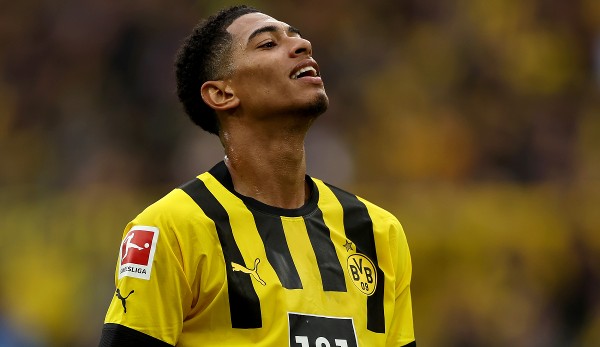 Jude Bellingham is one of the hottest players on the transfer market right now. A winter change seems unrealistic, but Borussia Dortmund should have a pain threshold at which the top talent could go. Giovanni Reyna is said to have almost been sent home at the World Cup in Qatar. There were short whistles at the BVB Christmas singing. News and rumors about the black and yellow are here.

Eliminated at the 2022 World Cup in Qatar, Jude Bellingham will soon return to Borussia Dortmund. The top talent is currently one of the most sought-after midfielders in the world. It is easy to imagine that one or the other club will knock on the door of BVB in winter.

As the picture Dortmund now wants to know but should not be interested in selling him right now. However: With a sum well over 150 million euros, the pain threshold should be where Dortmund would start pondering. It is unclear whether a club is willing to do this.

Bellingham was one of the best players of the tournament so far in Qatar. His contract with BVB runs until 2025. In recent months, the Englishman has repeatedly been linked to Liverpool or Real Madrid.

Giovanni Reyna was almost sent home by the USA at the 2022 World Cup in Qatar. That reports ESPN. Accordingly, the BVB professional did not show the necessary attitude in training. In the course of the tournament he was not even used from the start. He only came on as a substitute at half-time in the round of 16 against the Netherlands.

Accordingly, the 20-year-old apologized to the entire team for his lack of commitment. US Coach Gregg Berhalter recently spoke at the HOW Institute about moral leadership. The lecture was published in a Charterworks newsletter. There he said that USA “had one player who clearly didn’t live up to expectations – on and off the pitch. One out of 26 players, that was striking.” The coaching team sat down and discussed it extensively. “We were ready to book a plane ticket, it was that extreme,” he explained.

Instead, they had one last conversation with him. Part of the conversation was how to proceed. Berhalter demanded an apology from the player that went beyond a simple “sorry”. Various media reported days ago that a player was almost sent home. Apparently that player is Reyna. Berhalter wanted to ask from ESPN not comment more specifically on this. “It doesn’t really matter who it was,” he replied.

On Sunday evening, 71,000 spectators gathered in Dortmund for the Christmas carols. But there was a moment of unrest. Because when stadium announcer Norbert Dickel introduced the band, there were whistles. Most of the members of the Filou band come from Dortmund, but their trumpeter is Schalke.

“Even people from Gelsenkirchen are welcome here tonight,” joked Dickel when the announcement was made. But then a whistle broke out – probably meant teasingly. “Hey, hey, that’s fine,” Dickel tried to calm the fans down. Then it really became Christmassy.

With Sasha and Alexander Klaws, Borussia Dortmund also had BVB fans in their repertoire. They not only sang Christmas carols, but here and there a chant – which the audience appreciated accordingly. At the end of the day, the team showed up too.