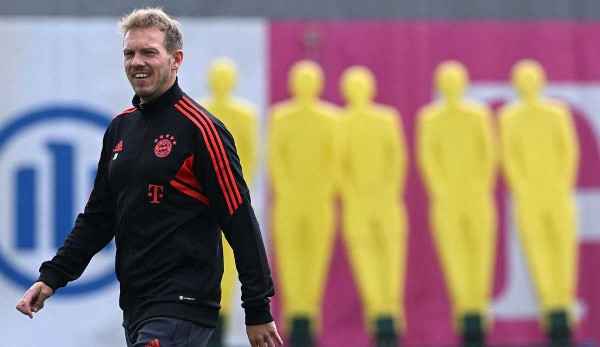 FC Bayern Munich usually prepares for the return of the Bundesliga in Qatar, for which the club is always criticized by its supporters. Here you can find out whether the record champions will also complete a winter training camp in the Gulf State this year.

The subject of Qatar has been a point of contention at Bayern Munich for some time. In 2018, the partnership with the airline Qatar Airways began, whose logo also adorns the jersey of the record champion. The point of contention is the many human rights violations in the Gulf state of Qatar, where the final of the 2022 World Cup took place just over a week ago.

Fans have expressed their dissatisfaction with the cooperation, including in the form of banners at games, but the dispute came to a head at the 2021 annual general meeting after FCB members wanted to table a motion to stop the partnership with Qatar, which ultimately fell on deaf ears bumped. During the event there were numerous boos, and the ejection of President Herbert Hainer was also demanded. Honorary President Uli Hoeneß even described the AGM as “the worst event I’ve experienced at Bayern Munich.”

The annual winter training camp that FC Bayern Munich completes in Qatar has also been criticized. Will there be another one this year? Below you will get the answer.

FC Bayern Munich: Will there be another training camp in Qatar this year?

Yes, FC Bayern will also be doing a winter training camp in Qatar this season, the club announced this before the World Cup in Qatar.

The ball is currently still in the Bundesliga, but the preparation phase is slowly but surely beginning. For the record champions, it starts on January 3rd, when the medical examinations and performance diagnostics are due first. The training camp itself begins on January 6, 2023 in the Qatari capital Doha. The players and coaches will spend a total of six days in the desert state (until January 12th), after which they will return to Germany, where a friendly against Austrian series champions RB Salzburg will be played on January 13th.

On January 20, 2023, the Bundesliga will finally start playing again. FC Bayern opened the 16th match day away against RB Leipzig.

The unrest at the club over Qatar’s sponsorship has at least not had a negative impact on performance on the pitch. FC Bayern Munich leads the Bundesliga table after 15 rounds with a four-point lead over SC Freiburg. The goal difference of +36 is particularly impressive, which no other Bundesliga team can even come close to matching.