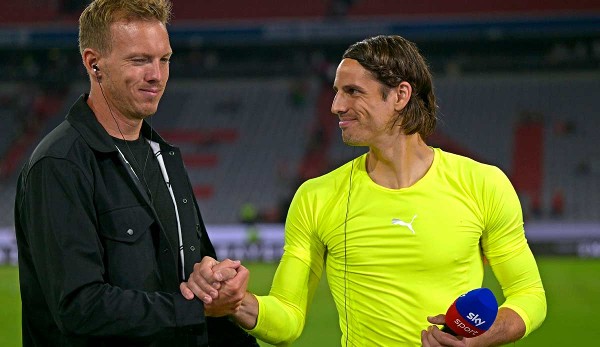 FC Bayern Munich has officially signed goalkeeper Yann Sommer from Borussia Mönchengladbach after weeks of speculation about a transfer. As the record champion announced on Thursday, the Swiss has signed a contract until 2025.

“Yann Sommer is a valuable reinforcement for us because he has a lot of international experience and has also known the Bundesliga for many years,” said Bayern CEO Oliver Kahn: “He has everything to play his part in our success right away . We are sure that we can achieve our goals with Yann Sommer.”

Sport director Hasan Salihamidzic also commented on the transfer: “After Manuel’s failure we had to react. We have big goals for this season that we want to achieve and that’s why we hired Yann Sommer, who we consider to be one of the best goalkeepers in Europe.”

The 34-year-old Sommer said: “I’m proud to be part of FC Bayern now. We have big tasks ahead of us. I’m really looking forward to starting with my new colleagues and to everything that’s to come. I want to Thank you to Borussia Mönchengladbach for eight and a half great years and for making this transfer possible.”

Sommer, whose contract in Gladbach would have expired at the end of June 2023, will cost Bayern eight million euros according to media reports. In addition, there could probably be bonus payments of 1.5 million euros.

At FCB, Sommer is the replacement for Manuel Neuer, who was injured until the end of the season. From the coming season, the two keepers will then fight for the status of number one in Munich.

The keeper trained with the team at Säbener Strasse on Thursday and will travel with his new team to the game at RB Leipzig. In the cracker for the Bundesliga restart with the cup winners, Sommer should celebrate his Bayern premiere on Friday (8.30 p.m. in the live ticker). According to trainer Julian Nagelsmann, the adjustment period lasts “15 minutes. It’s not rocket science, you can do it quickly”.

The turnaround in the struggle for the successor to Neuer, who will be out until the end of the season after a broken leg, is said to have taken place on Tuesday evening. The Bavarians gradually increased their offer from four million euros plus two million bonuses to five plus three, then six plus two and finally eight plus 1.5 million – until Gladbach hit.

Gladbach collects one million euros loudly picture in a Bayern championship, 250,000 euros each, if the DFB Cup and the Champions League are also won with Sommer.

Sommer moved from FC Basel to Gladbach in 2014 and has been one of the best goalkeepers in the Bundesliga for years. The 34-year-old played a total of 335 competitive games for the foals.

FC Bayern Munich: Omlin will be the summer successor in Gladbach

The transfer was also possible because Borussia had reached an agreement with the summer successor Jonas Omlin from HSC Montpellier. Almost at the same time, the foals announced the commitment of the 29-year-old.

The Swiss will have a contract until 2027. “In our view, we have found a very good solution by signing Jonas Omlin,” said sporting director Roland Virkus. “He’s a very reliable goalkeeper with good charisma, strong on the line and also with the ball at his feet.”

Eight to ten million euros were discussed as a transfer fee for Omlin.

FC Bayern Munich: Yann Sommer and his statistics in Gladbach