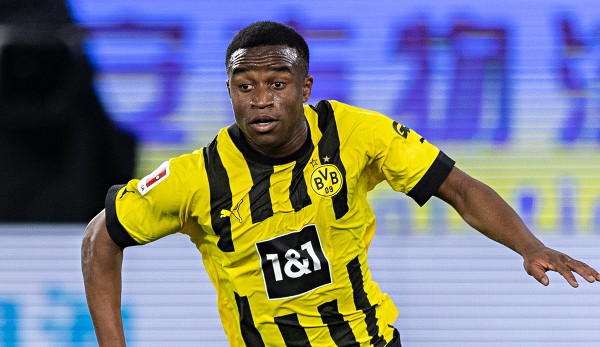 Sebastian Kehl calls for a “timely decision” in the Youssoufa Moukoko case. But this one has probably already fallen. Sébastien Haller and Marco Reus were both present at the performance diagnostics. Here you will find news and rumors about Borussia Dortmund on January 3rd.

Borussia Dortmund would like to extend the contract with top talent Youssoufa Moukoko. But above all, Sebastian Kehl wants an end to the long debates – “Of course we want to make a decision very quickly,” said the BVB sports director WAZ, “It is important for everyone involved to have clarity.” SPOX editor Sebastian Mittag, who said the top priority for Moukoko and Jude Bellingham was to act quickly, took the same line.

Meanwhile, both Sky and transfer guru Fabrizio Romano report that a change is currently more likely than an extension. There was a “final offer” for Moukoko before Christmas, with which the players should not be satisfied, according to both reports. He didn’t want to accept the offer. A free transfer is therefore currently more likely.

BVB, News: Sébastien Haller back with the team

The striker Sébastien Haller is finally back with the team after his testicular tumor – if only for the performance diagnostics before the start of the second half of the preparations. “I’m finally back,” said the 28-year-old Ivorian with French roots in a Twitter video from the club.

“It wasn’t that easy, but it was easier for me with your support. Now I’m looking forward to seeing you again in the stadium,” he continued. A comeback is still a long way off, but he could soon start training again. So far, however, there is no exact timetable. In his own posting, he announced the “on the field” that is now coming to him in the new year.

The good news was greeted with joy. Hertha BSC also replied under the Dortmund tweet: “Nice that you’re back!” A bicep and a heart came from Union Berlin’s Twitter account. Ex-club West Ham United responded to Haller’s tweet with “Great news Seb.”

BVB captain Marco Reus was also present at the performance diagnostics. An ankle injury from the Revierderby against FC Schalke 04 on matchday seven put him out of action with short breaks and also prevented him from taking part in the World Cup.

Unlike Haller, Reus starts immediately with the team. At the start of training on Wednesday, he should be fully involved again, reports the picture. However, it is unclear whether he can fully tolerate the load.