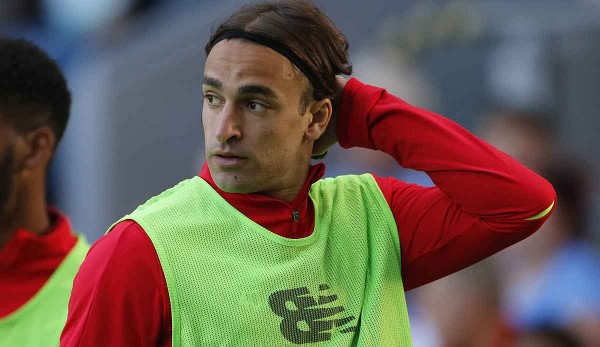 A high price and high goals: Lazar Markovic is brought from Liverpool with a lot of noise – and then disappointed across the board.

Two goals, two assists in 14 league games: Lazar Markovic’s record this season is really not outstanding for an attacking player. But the disappointment should be limited at his club Gaziantep from the Süper Lig. After all, the Turks didn’t have too many expectations of the Serbs – and it hadn’t cost a cent in the summer.

Things looked very different with Markovic’s previous employer: in 2014, the big Liverpool FC brought him into the Premier League – and put a whopping 25 million euros on the table for the then 20-year-old, who came from Benfica. The extremely high expectations of the winger were not only linked to this sum, but also to the advance praise he received before he moved to Anfield: “Apart from Ronaldo and Messi, Markovic is one of the greatest talents that I saw at the age of 19 years,” said former Chelsea coach Avram Grant, who coached the Serbian at Partizan.

And Reds coach Brendan Rodgers was also happy about the alleged coup in the transfer market: “We will have the opportunity to work on him, to develop his talent and to improve him. It’s an exciting transfer for us,” he admitted Protocol.

Markovic himself didn’t step on the brakes on euphoria either, pointing to the fact that he had won senior championships in each of his seasons at Partizan and Benfica so far and then added: “I’m convinced that I’m one of the best players in the club Premier League can become.”

A sentence that should quickly fall on his feet in Liverpool and that was happily dug out again when Markovic played unconvincingly. And that often happened. In the league, the Reds quickly lost sight of the top, in the Champions League it was over after the group stage – and in the Europa League they were eliminated in the round of 16 against Besiktas. Markovic was last called up by coach Rodgers as a full-back, which made him complain loudly in retrospect: “He used me in every position – except mine.”

After a year, the club decided to loan Markovic to Fenerbahce so he could gain match practice and gain confidence there. But things didn’t go well there either, just as little as at the following loan stations Sporting, Hull City and Anderlecht. Six months before his five-year contract in Liverpool expired, the Reds gave up – and let Markovic move to Fulham on a free transfer. He had cost 25 million euros, the yield was a measly three competitive goals for Liverpool.

He couldn’t convince any Reds fan – nor his next coach Claudio Ranieri, who in 2019 FourFourTwo Legendary phrases about Markovic said: “We know for sure that he can play Uno well. We know that he always has an umbrella with him when he goes out. We know that he always asks other people how they are and listens to them too. We know he likes to wash the dishes after he’s cooked. We know he takes bags from home to the supermarket instead of using plastic bags. We know he does a beautiful version at karaoke from REM’s ‘How The West Was Won And Where It Got Us’. But we don’t know if he’s good at football.”

Not a nice judgment of someone who wanted to be the best player in the Premier League.