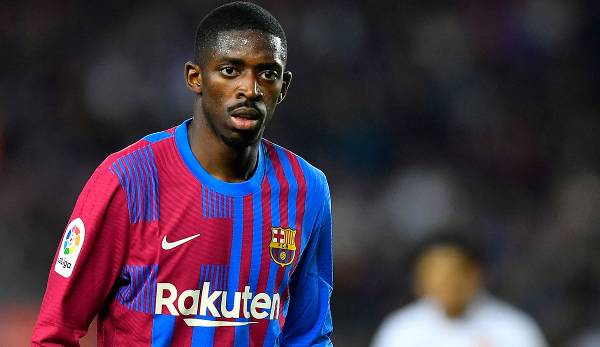 His contract in Barcelona is expiring, and Ousmane Dembele may soon be in the Premier League. Chelsea are said to be interested.

Accordingly, a move to Chelsea would also appeal to Dembele himself, whose contract with Barca expires at the end of June. The 25-year-old Frenchman would be free for the Blues.

However, according to the report, Dembele has clear ideas about a possible transfer to Chelsea. The world champion apparently wants a guarantee from blues coach Thomas Tuchel, with whom he once worked successfully at BVB, that he will regularly be in the starting XI.

Ousmane Dembele ahead of Barca-Chelsea move?

Dembele would not be a direct successor to center forward Romelu Lukaku, who is said to be returning to Inter Milan after just one year. But Tuchel also likes to let his team act with a false nine – a role that Dembele could fill, as well as Kai Havertz more often recently.

Dembele actually appeared to be leaving Barcelona earlier this year after rejecting a contract extension with the Catalans. However, since no buyers were found, he stayed at the Camp Nou and was even an important player under new coach Xavi.

Therefore, a new contract at Barca became an issue again, but the negotiations about it have been stalled for a long time.