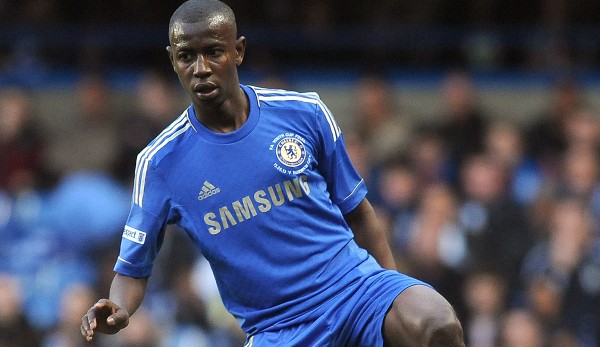 All former teammates name Yann Gueho when asked about their best teammate. But he hasn’t played football for a long time.

“Being in the best football age” is a phrase that TV commentators like to use. Exactly what age that is is usually left open, but Yann Gueho at 28 is likely to be at the best age in football. The Frenchman was trained at Chelsea, among others, and shone as a youngster – but he hasn’t played football for seven years.

The fact that his former teammates and coaches not only still remember him very well, but actually go into raptures, has to do with his extraordinary abilities. “He would be one hundred percent the best player in the world now if he were still playing,” said ex-Chelsea colleague Alex Davey The Athletic.

However, the fact that Yann Gueho has not played football for a long time has to do with his difficult personality, a robbery, prison sentences and a mental illness.

“It’s difficult to teach people that Yann Gueho was more talented than Mbappé and Dembélé,” explained his former team-mate Damien Dussaut, who went on to kick for Standard Liège. “Everyone always says, ‘You’re crazy, he doesn’t play anymore’. But then I say, ‘Guys, you should have seen him, he could win games on his own’. He was a magician,” added Dussaut.

Yann Gueho wants to show off the opponents

Footballing qualities abounded in Gueho – that was clear from an early age to anyone who saw him play. As a winger, he loved tricks and dribbling to not only get past opponents, but to show them off in the process. “Yann then waited again for the opponent to freak out, try to grab him – and then he ridiculed him again,” recalled Adi Viveash from Chelsea youth team.

“He made an elastico in the air in every game, just because he liked it. He gave the opponent a tunnel – and then the second when he turned,” said Reda Bekhti, his ex-coach at Paris FC back.

But why is the football world now talking about Mbappé and Dembélé – and not about Yann Gueho? The main reason for this is the problems that the talent had on and especially off the pitch. To call him a “difficult character” would probably be a gross understatement.

Yann Gueho ‘had the worst attitude’

Gueho not only made his coaches rave about him, but also regularly despaired. “What was crazy was that he could play like a perfect Premier League player for five minutes – and the five minutes after that you had to look for him on the pitch because he was just trotting around, not interested in the game and looking at the Heaven,” said his ex-coach Alexandre Monnier.

His brilliant performances in his good five minutes ensured that the coaches let him get away with almost everything – but off the pitch it was different. With his provocative behavior, he not only offended at school and among his teammates, but also at his clubs, which then regularly pulled the rip cord and let Gueho go.

So did Chelsea, who even let Gueho train with the first team in between – until the seasoned professionals got too excited about the tunnels that the youngster distributed. Gueho’s freaks, who had received psychological treatment since childhood, also increased. “If the coach told him that he had too many contacts, he just kicked the ball away and went in. He just didn’t care,” recalled his ex-team-mate Adam Nditi. “He had the worst attitude imaginable,” he added.

Yann Gueho: “It just went downhill after that”

Chelsea had had enough in 2011 – and “after that it just went downhill,” said Gueho’s mother Anne-Marie. Although her son found a new club in FC Nantes, Gueho, armed with a knife, robbed a perfumery on his 17th birthday. He was caught – but that wasn’t a wake-up call for him. Another robbery followed a good year later, three months later physical injury and an attack on police officers who wanted to arrest him. All of this earned him almost two years in prison.

In 2014, after his sacking, Gueho tried again at Paris FC, but once again it didn’t work out. He withdrew from football and instead of fighting his opponents, he now mainly fought with himself. In 2016 he was diagnosed with bipolar disorder and spent three months in a psychiatric ward. This was followed by another jail term for assaulting a police officer.

According to his mother, Yann Gueho is currently going through a severe depressive phase again. However, he has a small connection to football again – through his brother Loup-Diwan, who plays for Paris FC. “At first it was difficult for him to go to the stadium, but now he doesn’t miss a home game and afterwards he analyzes the game with his brother,” said his mother. The analysis of what could have become of Yann Gueho, who is now in the best football age, is carried out by his ex-colleagues and ex-coach.