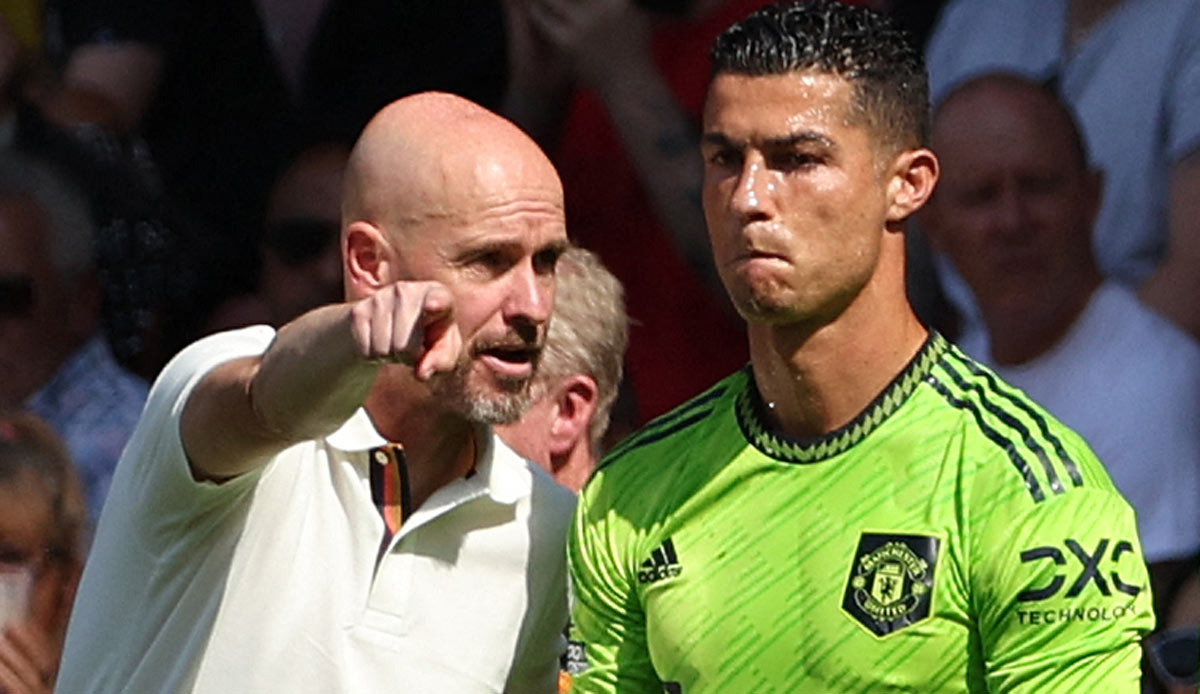 Erik ten Hag talks about CR7 – and dispels the myth that the Reds Devils held the star striker against his will in the summer.

Manchester United manager Erik ten Hag has opened up about the circumstances of Cristiano Ronaldo’s departure. The Dutchman’s statements shed new light on some of the controversial things CR7 revealed in his widely publicized interview with Piers Morgan a few weeks ago. Among other things, ten Hag explained that United had not held the Portuguese against his wishes in the summer.

Ten Hag explained in a media session during the Red Devils’ Spain training camp: “I wanted him to stay from the first moment. I’ve done that until now. But he wanted to leave, that was obvious. And when a player is no longer with “If he wants to be at his club, then he has to go. In the interview it was the first time he said he wanted to leave. I think that’s unacceptable for a club and there had to be consequences.”

Ten Hag also described how he experienced the situation during the summer break. Even back then, there was heavy speculation about CR7: “In the summer we had a conversation when he came to me and said: ‘In seven days I will explain whether I want to stay.’ Then he came back and said, ‘I want to stay.’ I haven’t heard anything else before.” Now, according to the 52-year-old, it is time to look “ahead”.

In his multi-part interview, Ronaldo had personally attacked his ex-club and also ten Hag. He has “no respect” for the former Ajax coach, said the multiple world footballer. As a result of his statements, United prematurely ended their collaboration with Ronaldo. His contract previously ran until the summer of 2023.

While ten Hag lays the foundation for the second half of the season with the remaining United squad in Cádiz, CR7 is with the Portuguese national team at the World Cup in Qatar. The Iberians meet Morocco in the quarter-finals on Saturday, with Ronaldo likely to be on the bench again. After the tournament he wants to go looking for a club, with a lucrative transfer to the top Saudi Arabian club Al-Nassr currently being the most likely option.