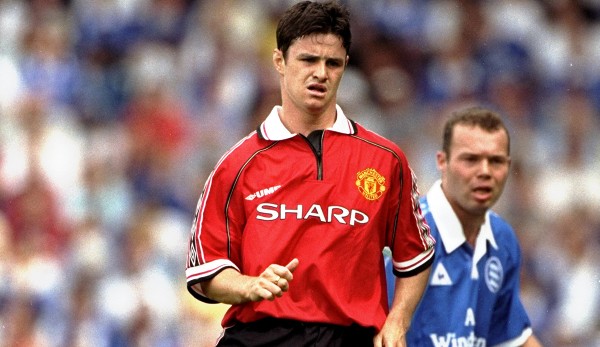 Phil Mulryne once played for Manchester United in the Premier League. Then he decided to take a different path in life.

For many football professionals, their path after the end of their active career is mapped out. Many become trainers, managers or consultants – remain in some capacity for the sport to which they have subordinated everything for so long.

Phil Mulryne, on the other hand, has taken an unusual path. The 45-year-old former Manchester United and Norwich City player works as a priest in a parish in Cork, Ireland.

Born in Belfast, Northern Ireland, like many young footballers in Britain, Mulryne dreamed of playing for a big club in the Premier League – which Mulryne achieved very early on.

He began his career in 1994 as a youth player with Manchester United and was part of the young Red Devils team that won the 1995 FA Youth Cup. A year later, the leap into the United professional squad followed. Even before making his Premier League debut, he made his first appearances for the Northern Ireland national team. He made his international debut against Belgium in February 1997 – 26 more international matches were to follow. He then played for United for the first time in October 1997 in the League Cup against Ipswich Town.

In three years with the squad, however, he only made one appearance in the Premier League – on the last day of the 1997/98 season he played the full 90 minutes against Barnsley. He was unable to assert himself against stars such as David Beckham, Nicky Butt, Paul Scholes, Andy Cole and Ole Gunnar Solskjaer. After all, he earned up to £600,000 a year. In 1999 he joined Norwich City for £500,000. With the Canaries, he rose to the Premier League in 2004. In his final year at Norwich City he racked up ten more Premier League appearances.

It was at this time that the journey from footballer Mulryne to Pastor Mulryne began. “It was then that I started to get dissatisfied with the whole lifestyle,” he admitted in an interview on the Canaries’ website. “We have a wonderful life as footballers and I was very privileged, but I realized that at some point there was a kind of emptiness. I was quite shocked! Why am I not happy when I have everything young men want?”, so Mulryne further.

He embarked on a journey to rediscover the faith he had as a young man. After a year’s stint with Cardiff City, he decided to take a year’s break from professional football and return to his homeland. “My call to the priesthood and religious life came later that year – I felt this strong desire for that way of life. I stuck with it for a few months and then got the courage to explore it. Then I made the decision,” said Mulryne .

Phil Mulryne will be ordained a priest in 2017

In 2009, at the age of 31, after a few stints in the English lower classes, he ended his career and began training to become a priest. In 2017, Mulryne was finally ordained a priest of the Dominican Order. “This is now a new chapter in my life,” said the then 39-year-old BBC.

He is far happier with his new life than he was before in the glittering world of professional football. “I bought three or four cars a year because I got bored and always wanted more. It was the same with clothes and houses. I didn’t like the virtues of a footballer – the money, the nightclubs and the attention of women,” he admitted earlier in an interview.