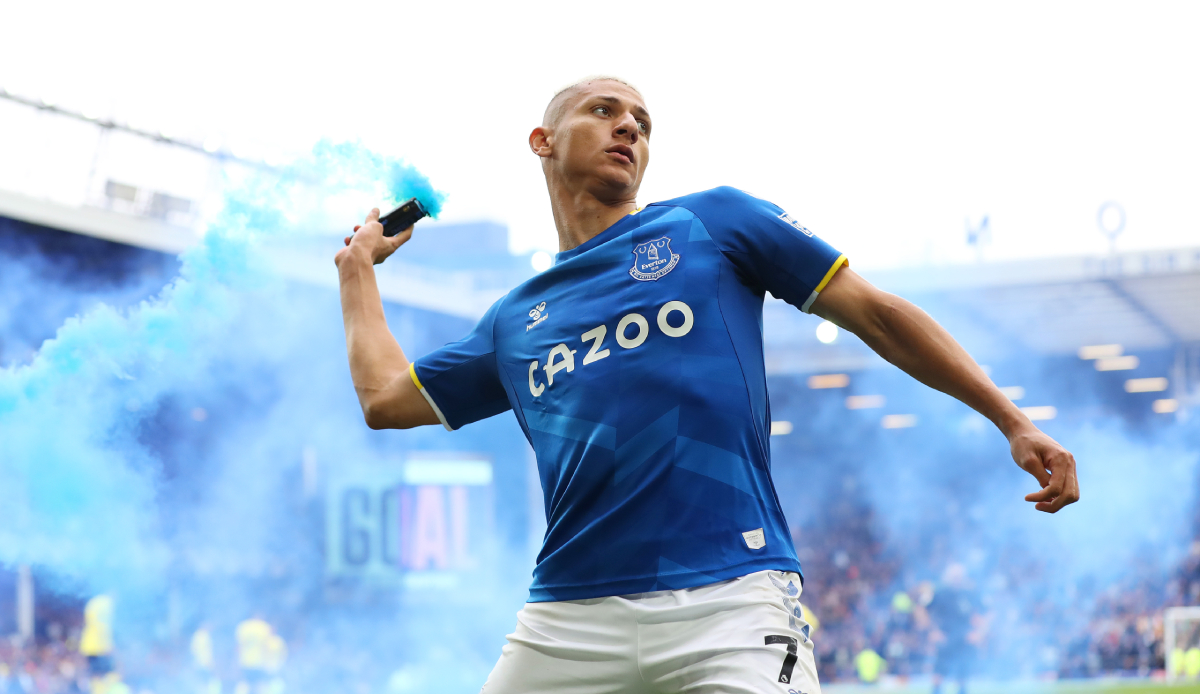 After the Brazilian Richarlison scored the decisive goal against Chelsea FC, he caused a curious scene in the Premier League. A pyro flare thrown at his feet sent him straight back onto the stands. A sanction by the FA is imminent.

There is currently no information on where the torch ended up after it was thrown. An Everton spokesman said: “We will investigate the matter. But as far as we are concerned, Richarlison tried to throw the torch off the field.”

According to information from The Athletic the FA will launch an investigation. The 24-year-old could face a suspension of up to three games.

Everton FC beat Chelsea 1-0 thanks to Richarlison’s goal, keeping a chance of staying up. The Toffees are currently in a relegation zone. The gap to the saving bank is two points. However, Everton have a game fewer than the competition.