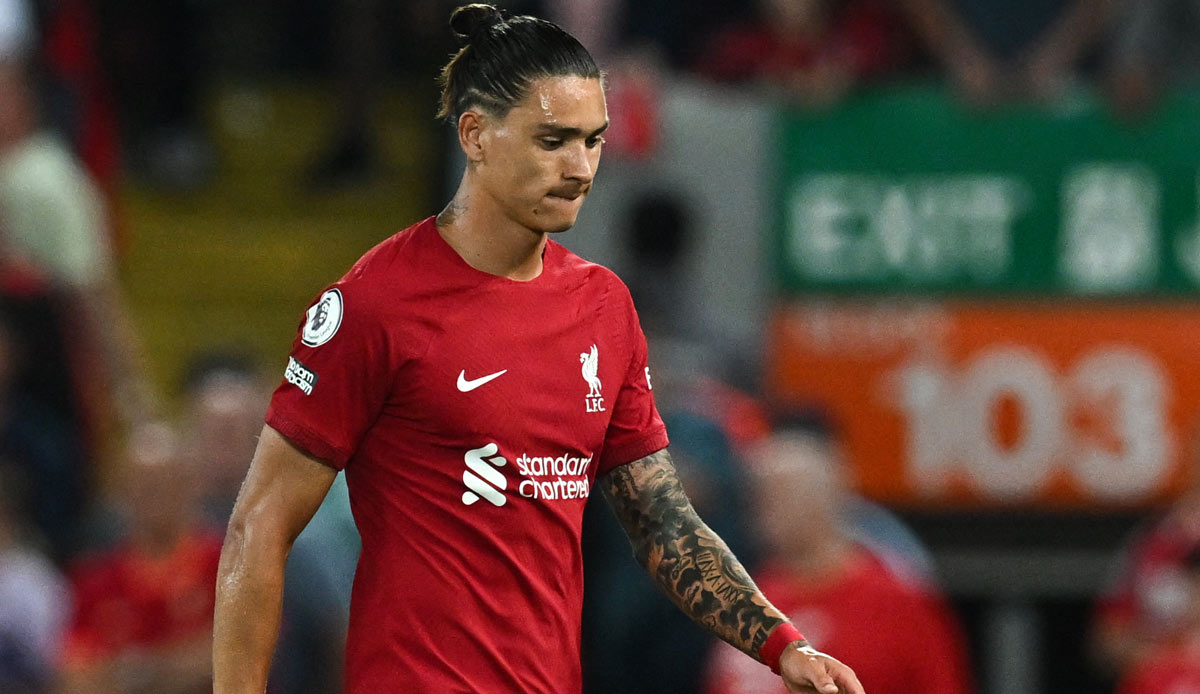 The false start of the English top club Liverpool FC in the new Premier League season is perfect. On the second day of the game, team manager Jürgen Klopp’s team saved a point against Crystal Palace at home with a 1-1 (0-1) deficit at Anfield, but still remains without a win. The gap between the runners-up and permanent rival Manchester City is already four points.

Wilfried Zaha (32nd) shocked the Reds in the first round with the guest lead. In the second half, million new signing Darwin Núñez received a red card after an assault (57th), Liverpool’s Luis Díaz (61st) scored the final score with a dream goal.

The hosts determined what happened from the start. Captain James Milner (1st) and Núñez (9th) shot over the goal from the best position. Liverpool continued to press after the underdog’s surprising lead and Núñez hit the post in added time in the first half.

In the second half it was again the new striker who was the center of attention: after a provocation by visiting defender Joachim Andersen, Núñez hit him with his head in the face and referee Paul Tierney showed the red card.

“The second half started positively but the red card was a setback,” Klopp said of the 23-year-old’s action sky. “Of course it was a red card. He was provoked, but he shouldn’t behave like that.” That was “definitely the wrong reaction”, “but he will learn from it. Unfortunately, he now has a few games to do this. In our situation, it’s not cool at all.”

All in all, Klopp was happy with the point, Díaz brought Liverpool back into the game with a one-off. “We’re putting in a great effort with ten men. I told the lads after the game that I was proud”