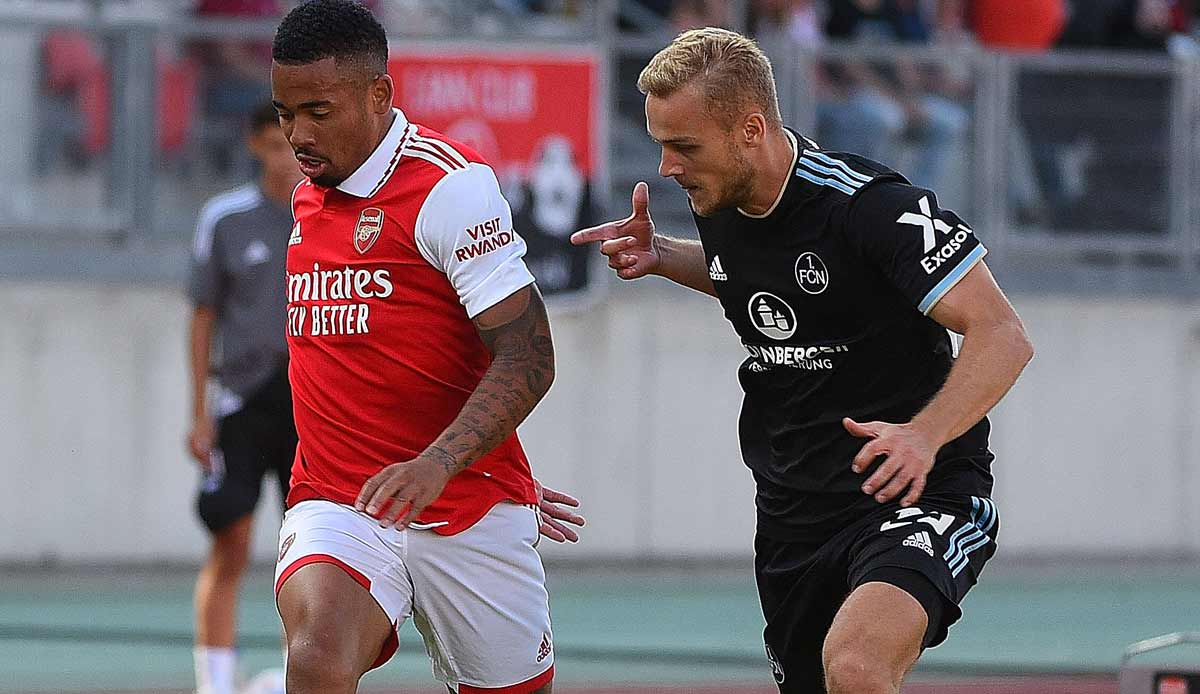 Star signing Gabriel Jesus has scored a brace in his first game for Arsenal. The 25-year-old came on as a substitute at half-time when the Gunners made it 5-3 (0-2) in a friendly at 1. FC Nürnberg and brought about the turning point.

At first it was the people of Nuremberg who made an impression on their home crowd a week before the start of the 2nd Bundesliga season. Johannes Geis (24′) and new signing Kwadwo Duah (29′) gave the club a 2-0 lead and shocked the Premier League guests.

In the second half, the Gunners stepped up a gear. Jesus, who moved from Manchester City to London for around 52 million earlier in the week, started the turnaround with his first goal (47th).