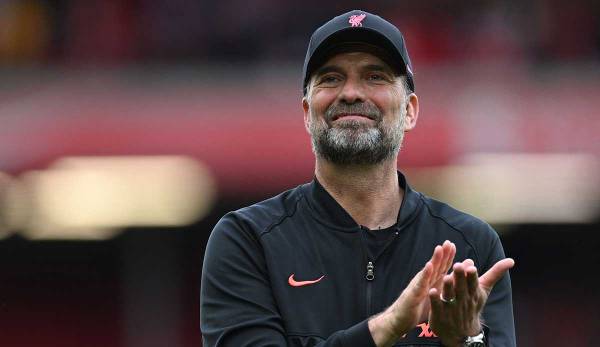 Jürgen Klopp is currently one of the best coaches that football has to offer. The 54-year-old is with his Liverpool FC for the third time in a Champions League final. Family, wife, children, assets, successes, stations – we describe the Liverpool FC coach in more detail for you in a portrait.

Jürgen Klopp has been the coach of traditional English club Liverpool since 2015. With his arrival, the successes quickly returned. In the current 2021/22 season alone, as a coach, the native of Stuttgart has added two more trophies to his already lavish cupboard: the FA Cup and the Carabao Cup. In the league, they narrowly missed out on the championship on the final day and were beaten by Manchester City. But in another competition you are still in the final – in the Champions League. On Saturday, the winner of the premier class 2021/22 will be determined between Liverpool FC and Real Madrid in Paris. For Klopp it is already the fourth Champions League final as a coach, the third with the Reds.

Jürgen Klopp: Achievements and milestones – a portrait of the Liverpool FC coach

Klopp’s coaching career began in February 2001 at FSV Mainz 05, the club where he had recently ended his playing career. As coach of the second division, he managed to get promoted to the top German division in 2004, before having to come down again in 2007 due to relegation.

In the summer of 2008 he then took over Borussia Dortmund. It was there that his success as a coach really began. In 2010/11 he won the German championship with the Black and Yellows, the following year he went one better and repeated the championship win and also won the DFB Cup in the same season. Klopp’s BVB remains the last club that was able to become champions in Germany and was not called Bayern Munich.

In the all-German Champions League final in 2013, Dortmund, under coach Klopp, had to admit defeat to FC Bayern 2-1. He then won two more DFB Super Cup competitions, but he was unable to repeat his greatest successes in Dortmund. Klopp needed a change of scenery.

In 2015, the 54-year-old moved to Liverpool FC, which up to that point was a club with a lot of tradition, but was a long way from its successful years. The last championship win was already 25 years ago. The FCL had finished the season before Klopp’s arrival in sixth place.

In his first season as Liverpool coach, Klopp made it to the Europa League final, where his team lost 3-1 to record champions Sevilla. It became clear relatively early on that this new Liverpool was not intended for the Europa League, but for the Champions League. This is how Liverpool FC stood in the final against Real Madrid in 2017/18. The German’s team had to admit defeat again, again with 1:3.

The Reds supporters didn’t have to wait long for the next CL final. Victory finally came the following year when they beat Tottenham Hotspur 2-0 in the all-English final. In the 2018/19 season, Klopp and the Reds even won the long-awaited Premier League with 99 points after 38 match days.

Jürgen Klopp is currently married to his second partner. The first wife was Sabine Klopp, who was by his side until their divorce in 2001. In 2005, Ulla Sandrock slipped into this role, and she is still with the star trainer to this day. The couple have no children together, but they both took one with them from their first marriage. Klopp’s son Marc was born in 1988 when the Reds manager was still dating Sabine Klopp. Marc even played football for Borussia Dortmund’s second team for a while, but finally gave up the sport in 2015 due to knee injuries.

Jürgen Klopp’s fortune is estimated at around 35 million euros, with around 18 million of this being the salary at Liverpool FC. His contract on the island runs until 2024. The native of Stuttgart also works as an advertising figure for numerous companies (including OPEL, New Balance and Erdinger Weissbier).