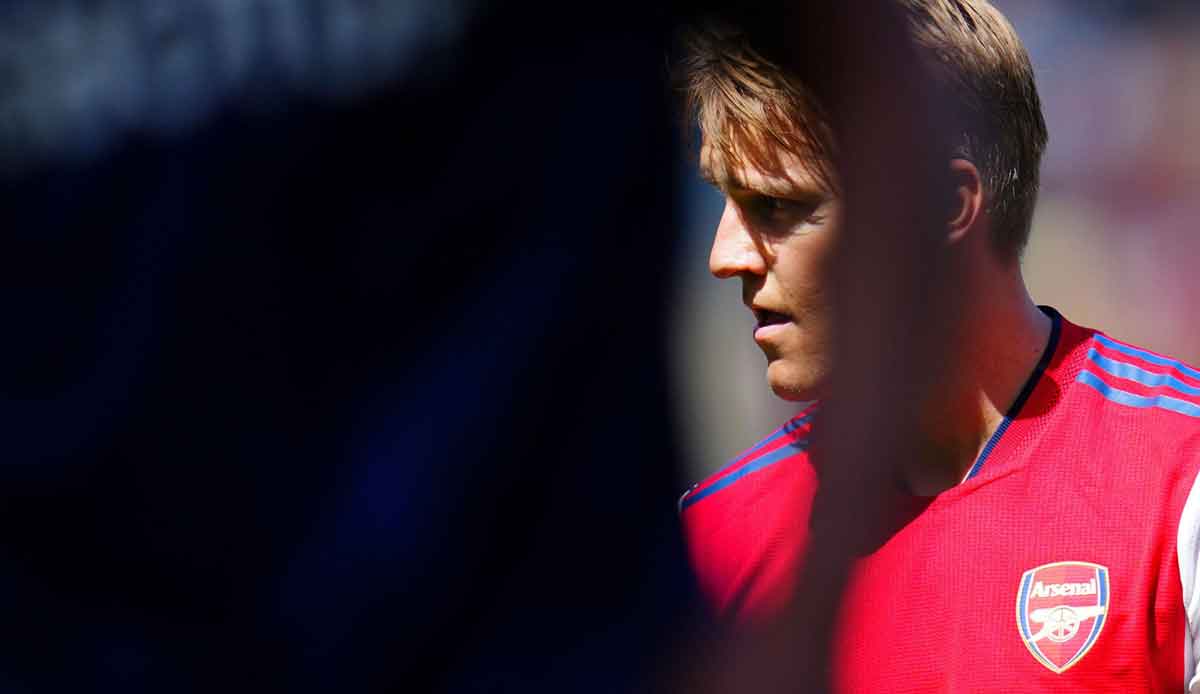 Child prodigy, labeled as a failure, now Arsenal FC captain: Martin Odegaard’s career has recently taken an amazing turn. With Arsenal, the 23-year-old Norwegian could qualify for the Champions League on Thursday night.

Martin Ödegaard and customary schedules just don’t go together: With the now 23-year-old Norwegian, everything is either much faster than normal or much slower.

At the age of 16, Odegaard switched to Real Madrid, probably the biggest club in the world, as a so-called child prodigy. Too early? In any case, it didn’t live up to expectations in the slightest, which is why it was awarded across Europe. Year after year passed and the great career seemed over before it had actually begun.

His fourth loan deal eventually took him to Arsenal FC last winter. And all of a sudden everything was like it was in the teenage years again: It happened incredibly fast! Odegaard has established himself as a regular, having been signed for €35m in the summer and recently made captain by coach Mikel Arteta.

“They gave me peace and stability to arrive and not have to worry about where I would end up during the next transfer window,” said Odegaard. His own rebirth, meanwhile, favored Arsenal’s rebirth. Odegaard quickly became the face of one of the most exciting up-and-coming teams in Europe.

Arsenal are facing their first CL qualifier since 2016/17

After the sluggish last few years under Arsene Wenger, Arsenal had sunk into mediocrity, the last Champions League participation was six years ago. On Thursday evening, Arsenal could end the dry spell and return to the premier class early. All it takes is a win against local rivals Tottenham Hotspur. With three games remaining, Arsenal are four points clear of their only pursuers.

“Maybe we’re a bit ahead of our actual schedule,” says Odegaard, who apparently didn’t expect immediate Champions League qualification when he made a permanent move last summer and suffered three defeats from the first three games of the season. “Everything went faster than I expected.”

This development was favored by the newcomers, who were committed for a total of 167 million euros and who hit surprisingly quickly: Keeper Aaron Ramsdale (23), who replaced Bernd Leno in goal. Defense chief Ben White (24). The always so self-sacrificing right-back Takehiro Tomiyasu (23) from Japan. And above all: Martin Ödegaard.

Where is the new Chelsea patron? The richest Premier League club owners

In a 4-2-3-1 or 4-1-4-1 formation, Odegaard excels as a playmaker, pace setter and chance creater. He has already scored 56 chances to score in the course of this Premier League season, surpassed only by Mohamed Salah (Liverpool FC) and Bruno Fernandes (Manchester United). His ten goal participations so far have little effect due to his influence on the game of his team.

Arsenal has long since compared Ödegaard to Mesut Özil. Mesut Özil, of course, who shone with remarkable consistency at the beginning of his time in London. Not the one who left the club in January 2021, two days before Odegaard’s arrival, after the inglorious last few months. He considers the comparisons with Özil to be a “great compliment” because: “He was a player I looked up to. He was one of my favorite players.”

Özil represented an era of experienced stars in rather average sides at Arsenal: the full focus was mostly on the German playmaker and a brilliant striker, first Alexis Sanchez and then Pierre-Emerick Aubameyang. At the latest with the departure of the former captain Aubameyang to FC Barcelona in winter, this era is considered to be over.

Arsenal FC has the youngest team in the league

The bandage on Ödegaard’s upper arm is an example of the turning point. First they got Alexandre Lacazette, who was then pushed out of the starting XI by the young Eddie Nketiah (22). Although Odegaard has been at the club for less than a year and a half, he was considered the obvious next choice for Arteta, with whom he is said to have a deep bond of trust.

“He’s a born leader. If you’re looking for the perfect professional, Odegaard wouldn’t be far from that ideal,” Arteta said in the winter, well before his appointment as captain. “He’s very, very young but he’s got a lot of experience at different clubs in European football. He’s gotten closer and closer to his top level in the past few weeks.”

Ödegaard not only preserved this top level in the second half of the season, but raised it further. At the same time, the rest of the young team continued to grow with the well-integrated newcomers and super talents Bukayo Saka (20) and Emile Smith Rowe (21). With an average age of 25.2, Arsenal have by far the youngest squad in the league, well ahead of “chasers” FC Brentford at 26.2.