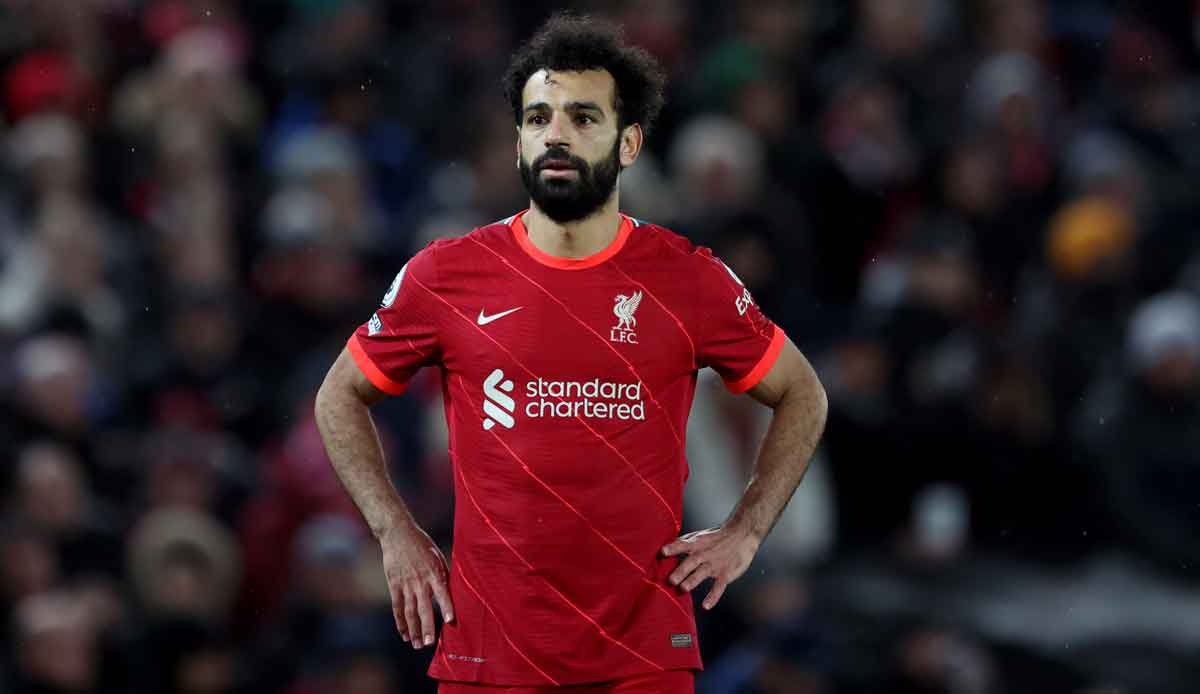 Thanks to a winning streak, Liverpool FC made the title race in the Premier League exciting again and the club is still represented in the Champions League. But in the background it rumbles. The reason: the faltering contract talks with superstar Mohamed Salah.

About two and a half weeks ago, Mohamed Salah’s advisor Ramy Abbas posted on Twitter seven tearful laughing smileys, which probably sounded like seven shrill alarm bells at Liverpool FC. It was the public escalation of a long-running poker game between the club and Abbas about extending his client’s contract, which expires in 2023.

Immediately before the flood of smileys, coach Jürgen Klopp had said at a press conference that his employer “did everything he could do. It’s Mo’s decision now. From my point of view, everything is fine at the moment.” These statements seem to have made Abbas laugh.

On his Twitter account, it’s all funny at the moment: Abbas had previously posted an incoherent photo that was presumably a few years old, on which he is typing on his mobile phone behind a Salah who is banging on the table, laughing. This, too, could be interpreted as a message to Liverpool that the salary amounts offered so far would be laughable. Abbas seems to love cryptic staging.

Mohamed Salah is coveted throughout Europe

At the age of 29, Salah is at the peak of his career and is in demand throughout Europe. There are new rumors about potential buyers almost every day: sometimes Real Madrid is traded, sometimes FC Barcelona, ​​sometimes Juventus Turin. Allegedly, the Egyptian feels so comfortable in Liverpool that he actually wants to stay. The only question is: at what price?

Salah is said to earn around £200,000 a week, which puts him in second place together with Thiago behind Virgil van Dijk (£220,000) in the club’s internal salary ranking. For an extension, he is said to be demanding a weekly wage of £300,000, with some even talking of up to £500,000. Liverpool has obviously not lived up to his expectations so far.

Former Reds striker El Hadji Diouf (2002 to 2005) even expressed the outrageous suspicion that the lack of financial appreciation was due to Salah’s home continent. “Salah has to realize that he’s African, so they won’t treat him like a European and they won’t give him the best contract like the others,” said the Senegalese Diouf beIN Sports.

In terms of sport, things are going extremely well for Liverpool: After winning the League Cup, the club moved up to one point behind leaders Manchester City thanks to a winning streak in the Premier League and reached the Champions League quarter-finals, where they now face Benfica Lisbon. With a view to the medium-term future, however, some things are unclear.

In 2023, not only does Salah’s contract expire, but also the contracts of his congenial strike partners Roberto Firmino and Sadio Mane. All three have been instrumental in Liverpool’s recent upswing with Champions League (2019) and Premier League (2020) triumphs.

Now the club has to decide who will sell profitably in the upcoming summer and who should be retained. Salah and Mane are 29 years old, Firmino is already 30. All three will probably not get any new high-paying long-term contracts. With Luiz Diaz (25), a striker for the future came from FC Porto in winter for 45 million euros, and there is also Diogo Jota (25).

The most important thing for the team at the moment is undoubtedly Salah, who not only knows how to impress with his incomparable ball control, but also with blank numbers. He has already scored 28 goals and provided ten assists in 36 competitive games this season. His consistency since moving from AS Roma to Liverpool in 2017 is particularly impressive: he has scored at least 19 league goals every season.

Salah himself does not seem to feel sufficiently valued for these achievements. That suggests his contract poker and also a statement about the awarding of the Ballon d’Or. At the prestigious award of the French magazine France Football Salah was only seventh last time. “It shocked me. Nobody in the world would have thought that I would finish seventh,” he lamented DMC.

Meanwhile, his trainer Jürgen Klopp recently complained that Salah was not being protected enough by the English referees. Salah only put away some minor injuries because, according to Klopp, he is a “tough dog”. “It’s crazy how few free kicks Mo gets when he’s fouled,” lamented the coach.

In fact, only 17 fouls have been called against Salah this Premier League season. This puts him far behind “leader” Wilfried Zaha from Crystal Palace (72) and many other players. Should Salah actually leave Liverpool, this problem would at least solve itself.