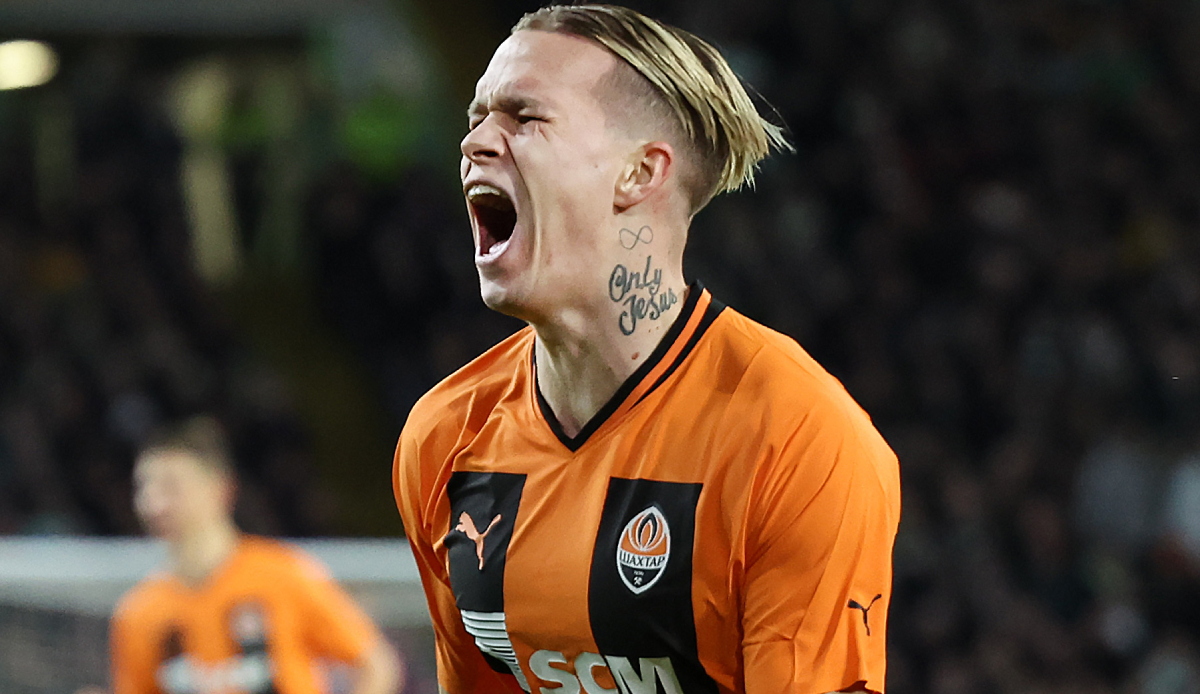 U-turn at Mykhailo Mudryk: The Donetsk star is about to be transferred to Chelsea. Previously, there were many indications that the Ukrainian would join Arsenal. Apparently, the Blues have outdone their city rivals.

There has been a spectacular turnaround in the transfer poker for Ukraine international Mykhailo Mudryk: the striker from Shakhtar Donetsk is about to move to Chelsea. During negotiations in Poland, representatives of the Blues agreed with the Donetsk bosses on a transfer for a fee of 100 million euros. First, transfer expert Fabrizio Romano reported about it. According to information from SPOX and GOAL that is true.

Donetsk released an official statement on Saturday night confirming that the deal with the Blues is well advanced. The statement reads: “Shakhtar’s President Rinat Akthmetov and Chelsea co-owner Behdad Eghbali today negotiated the transfer of Mykhailo Mudryk to Chelsea FC. The parties are close to finalizing the transfer of the player.”

For a long time, Chelsea’s neighbors FC Arsenal thought they were in pole position when courting Mudryk. While the prolific left winger wants to join the Gunners, they have so far been unwilling to meet Donetsk’s high transfer demands. You have already failed with two offers.

It was different at Chelsea, which is currently in a serious crisis in the Premier League. After the verbal agreement, Mudryk got the green light from his club for a medical check-up for the 2021 Champions League winner.

The 22-year-old is under contract with Shachtjor until 2026. The eight-time Ukraine international has made 24 competitive appearances for his club this season. Mudryk scored ten goals and eight assists.