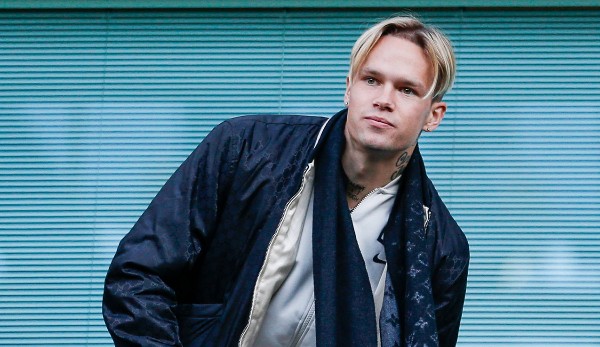 Chelsea shell out €100m for Mykhailo Mudryk – a largely unknown player. The circumstances are absurd! A comment.

100 million transfers always cause a stir. But the transfer of Mykhailo Mudryk from Shachtjor Donetsk to Chelsea is another house number.

Neymar, Kylian Mbappé, Antoine Griezmann, Cristiano Ronaldo, Eden Hazard: They all cost more than 100 million euros. Every football fan knew these players before their mega transfer. They scored a lot of goals and prepared them. They were just superstars.

Then there were players like Ousmane Dembélé, Jack Grealish and João Félix in the 100 million league. Not yet the superstar category, but at least super talented at the time of the change. They, too, were well known to everyone in the football world.

But Mykhailo Mudryk? If you had asked fans your name in front of any stadium a few weeks ago, you would have looked at a lot of helpless faces. Not many follow the war-torn Ukrainian Not-Liga, where Mudryk has seven goals and six assists in 12 games this season. In six Champions League appearances, three goals and two assists were added. Good values, but only over a short period of time.

Don’t get me wrong: Mudryk is a highly talented player and, like stocks, you invest in them because you believe that they will increase in value in the future.

But the 100 million euros that Chelsea is willing to pay – 70 million as a base amount plus 30 million possible bonuses – are simply excessive. Bayer Leverkusen was just about to grab Mudryk last May. At that time there was still a transfer fee of around 20 million euros!

If Mudryk is worth that much money with those stats and a couple of good performances, how much should one expect for a player like Jamal Musiala?

One can’t help but feel that a large part of the Mudryk transfer for Chelsea bosses was also about smacking rivals Arsenal. The Gunners seemed all but at peace with Mudryk until the Blues, led by new co-owner Todd Boehly, clashed with a few extra millions in between – and then immediately proudly presented Mudryk to the fans at Stamford Bridge Stadium. Such actions are perhaps a brief consolation for the soul of the fans that Arsenal are top of the table while Chelsea are tenth. From an economic point of view, this is absurd.

Since Boehly has been at the helm at Chelsea, he has swapped coach Thomas Tuchel for Graham Potter and has already spent around 355 million euros on transfers – before Mudryk!

It hasn’t been sustainable for a long time, because that’s how values ​​are burned. A good example is Kai Havertz. The German was signed for 80 million euros, with the arrival of Mudryk and the dearly loaned João Félix, Havertz is now threatening the bank. Should Chelsea want to sell him, his market value would surely have dropped significantly. It could be the same with Hakim Ziyech, Mason Mount, Christian Pulisic or Raheem Sterling.

The Mudryk transfer shows that the transfer spiral continues to turn. You can’t just point your finger at Chelsea here. In general, people in the Premier League are prepared to spend more and more money without restraint.

While FC Bayern are negotiating whether they can spend two million euros more or less on a new goalkeeper, Newcastle, for example, put 70 million euros on the table for Alexander Isak with Saudi help. Incidentally, a consortium from Qatar has just expressed an interest in taking over the club at Liverpool FC. The absurd Mudryk transfer will probably not be the last of its kind.