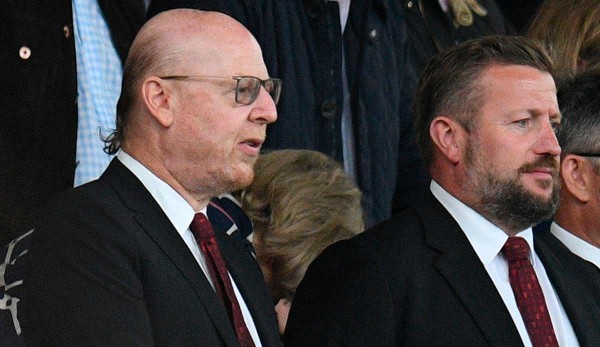 On Tuesday evening, the board announced that a “process to explore strategic alternatives for the association” had been initiated. A sale was also mentioned as a possibility in the announcement.

We show potential buyers of the Red Devils. But first, a look back at the previous owners.

Manchester United owned by the Glazers

ManUnited has been owned by the American Glazer family since 2005, and the fans recently demonstrated violently against the unloved owners. “The fish stinks from the head,” said the club’s Supporters Trust.

“Manchester United’s strength comes from the passion and loyalty of our global community of 1.1 billion fans,” Avram and Joel Glazer were quoted as saying on the Red Devils website. “All options will be reviewed to ensure we serve our fans best and that Manchester United maximizes the significant growth opportunities available to the club now and in the future.”

Recently, Liverpool CEO Tom Werner said that the club owner, Fenway Sports Group (FSG), was considering selling the Reds. “We’re considering a sale. But there’s no rush, no timeframe for us,” Werner told the Boston Globe.

Below we take a look at who is being discussed as a potential buyer at record champions Manchester United.

The businessman, football lover and artist is not a candidate at United this time. In 1989, the now 71-year-old rose to fame when he almost took over the Red Devils. £20m was at stake at the time, but the deal ultimately fell through.

If Knighton has his way, Sir Jim Ratcliffe should join United.

The 70-year-old, founder and boss of chemical giant Ineos, makes no secret of wanting to get involved in the Premier League. Last summer he made a bid for Chelsea FC but lost out to the American Todd Boehly. With OGC Nice and FC Lausanne-Sport, Ratcliffe already belong to two top division teams.

The United legend doesn’t have the resources to take over ‘his’ club on his own, but has shown keen interest in returning to his old stomping grounds. Becks has already offered his support to a potential buyer.

As the Manchester Evening News report that the Spanish fashion giant (Inditex, including Zara) is very interested in taking over United and has already expressed this interest.

Ortega, 81, has the wherewithal like no other. forbes lists him as the sixth richest man in the world with a fortune of over 60 billion euros.

According to the British DailyStar Apple boss Tim Cook is interested in buying United. The funds of the tech giant from California are almost unlimited (sales 2021: 386 billion US dollars).

The tabloid is said to have learned that Cook plans to build the best stadium in the world and is willing to bid £5.8million. called the sources DailyStar not yet.

Saudi Arabia is already involved in the Premier League. Newcastle United is owned by a consortium led by the Saudi sovereign wealth fund Public Investment Fund.

According to the desert state’s sports minister, Prince Abdulaziz bin Turki Al Faisal, Manchester United and Liverpool FC are definitely on the agenda. In any case, he promised state support to a potential Saudi investor. “If there is an investor who intends to, and the numbers are right, why not?”