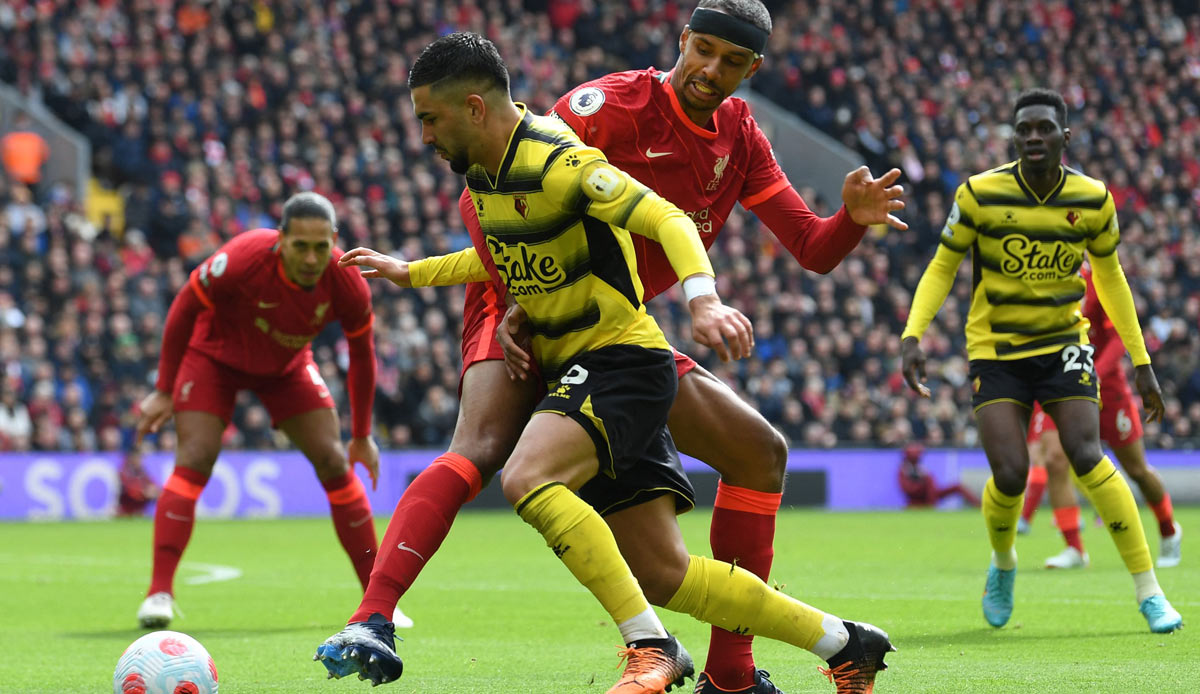 Liverpool FC did not show any weakness in the gripping title fight of the English Premier League. The team of team manager Jürgen Klopp defeated Watford FC 2-0 (1-0) and took over the top of the table for at least a few hours with 72 points.

However, defending champions Manchester City (70) can overtake them again with a win at Burnley.

Diogo Jota (22nd) and Fabinho (89th, penalty kick) scored the goals for the Reds, who also celebrated a successful dress rehearsal for the quarter-final first leg in the Champions League on Tuesday at Benfica Lisbon.

Next Sunday there will be a possibly decisive duel in the league at City.

For Liverpool, the three against Watford was the tenth league win in a row. The Reds are only the second team in history after Man City to achieve such a series for the fifth time.