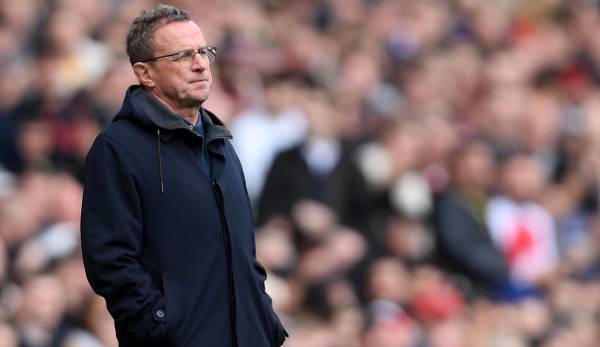 Ralf Rangnick says that he wanted to get a striker in winter. Luis Diaz, Dusan Vlahovic and Julian Alvarez were interesting names.

Ralf Rangnick, Manchester United head coach, wanted to bring a forward to Old Trafford in the winter. According to him, the names Luis Diaz, Dusan Vlahovic and Julian Alvarez were on his note, but the United management rejected each.

Rangnick told press representatives how the United management reacted to his transfer proposals: “The answer at the time was: no, there was no player on the market who could really help us,” Rangnick recalled – and had a different opinion: “But there were a few: Diaz, who is at Liverpool now, Alvarez, who is moving to Manchester City in the summer, Vlahovic, who was at Fiorentina at the time.”

Ralf Rangnick was keen to bring a star to United

“I spoke to the board and said: ‘Shouldn’t we at least talk about it and try to analyze whether we can get a player either on loan or on a permanent contract?'” said the German, who added disappointed: “But on In the end the answer was no.”

“I still think we should at least have tried,” Rangnick slightly accused the club bosses. “It could have been worth trying but we didn’t,” said the 63-year-old.

Manchester United is sixth in the Premier League table and only has a theoretical chance of qualifying for the Champions League.