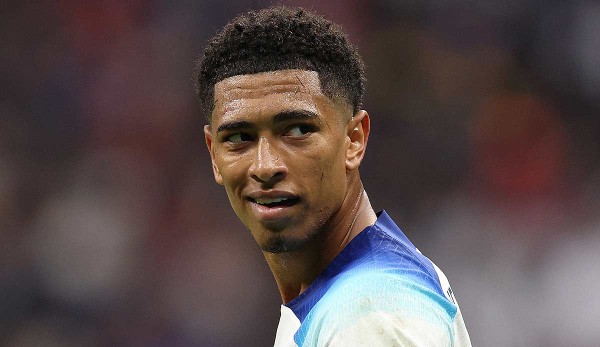 Manchester City has been mostly quiet in terms of winter transfers so far, but could still dare to try. Some top stars would be on the list.

In recent years, Manchester City have rarely signed high-profile players in the January transfer window. But as the signing of Aymeric Laporte in 2018 shows, Pep Guardiola is not entirely against winter signings when the right player comes along and the need is there.

And with City not having a perfect start to the season – they are currently behind Arsenal in the Premier League – the Skyblues could be active this transfer winter.

SPOX has taken a look at some of the players who could be shortlisted for the English champions in January.

The race for Jude Bellingham is in full swing. The youngster was in hot demand even before the World Cup, but Bellingham’s mature and dedicated performances in Qatar have seen him now by far the most desirable footballer in the world.

Borussia Dortmund don’t want to sell him before the summer and Bellingham is reportedly preferring a move to Liverpool himself.

Still, City will no doubt do whatever they can to reunite the midfielder with Erling Haaland at the Etihad Stadium. Haaland’s recommendation, the best salary on the market and the Guardiola factor make the Premier League champions a convincing negotiating partner.

So why wait until the end of the season? Everyone knows Bellingham could be the best midfielder in the world any time soon, so City should act quickly and take their transfer rivals by surprise this winter.

As part of Erling Haaland’s commitment, the two long-time top performers Raheem Sterling and Gabriel Jesus were sold. There could be further changes this January as well, as Riyad Mahrez has had a difficult start to the season.

Should Guardiola feel the need to hit the transfer market again, the Citizens could make a very good transfer with the in-form Rafael Leão.

The robust winger boasts a formidable mix of physical and technical traits and has been linked with a move to Chelsea for some time. But he would also be a strong commitment for Man City.

Croatia’s masked defender Josko Gvardiol was one of the towering stars of the 2022 World Cup.

Agile and assertive, the 20-year-old was one of the main reasons his country reached the semi-finals of the World Cup for the second straight year. Although he didn’t stand a chance against Lionel Messi in the semifinals in Qatar, some of Europe’s biggest clubs will be lining up to sign Gvardiol this winter.

That includes City, who are just an injury or two away from having to use midfielder Rodri in central defence.

RB Leipzig are tough negotiators and the poker for his signature combined with his excellent performance at the World Cup could push the price up. Still, it’s likely that in a few years Gvardiol will be among the best defenders in the world and City should try to sign him.

Youri Tielemans has been a fixture of the rumor mill for the past few years but it now looks like his time at Leicester is drawing to a close.

The Belgian midfielder’s contract expires at the end of the season and despite the Foxes’ best efforts, a new deal is becoming increasingly unlikely as summer approaches.

Both Arsenal and Liverpool are admirers of Tieleman’s performances, but Manchester City could also be tempted to throw their hats in the ring.

Ilkay Gundogan could leave the club at the end of the current season, while Guardiola’s Kalvin Phillips has been publicly reprimanded for his poor fitness. This means that City could soon run out of options in central midfield.

That’s where Tielemans comes in, a seasoned Premier League player and veteran international ready for the big step he’s long been credited with.

Pep Guardiola can never have enough full-backs. And if they can also play in midfield, it is almost certain that the city boss will press the club for a transfer.

The Dortmund native fits this profile perfectly and could be a worthwhile addition to the squad in January.

During the World Cup, Guerreiro ousted João Cancelo from Portugal’s starting XI and became a player of the match in his side’s infamous 6-1 win over Switzerland – a story that went a little under the radar given the Cristiano Ronaldo situation.

However, this was not his breakthrough. Guerreiro has been an exception in the Bundesliga for many years, being able to pass his opponents and pose a threat with his precise left foot in the penalty area.

He’s not a bad defender either and with only a few months left on his current contract he won’t cost much.

Ethan Nwaneri made headlines around the world this season when he became the youngest player to come on as a substitute in Arsenal’s 3-0 win over Brentford.

Gunners manager Mikel Arteta has been criticized for pressuring the 15-year-old and indeed there is now hype that could jeopardize the youngster’s career.

But maybe Nwaneri will be all the stronger because of the high expectations and the pressure. If so, a move to Etihad Stadium would be an excellent next step for his development.

Although City are not known for bringing young players into the first team, Phil Foden’s story shows that if Guardiola has faith in a player, he will devise a plan to bring out the best in the long term.

If Nwaneri proves himself and the City boss is a fan, it could be a good combination.