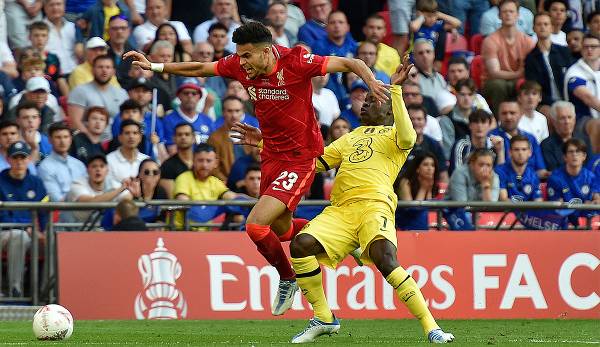 In the Premier League, the duels FC Chelsea against FC Liverpool and Manchester United against Leeds United that were actually planned for Sunday will not take place. Why? SPOX clarifies.

Brentford FC vs Arsenal FC, Manchester United vs Leeds United, Everton FC vs West Ham United, Chelsea FC vs Liverpool FC: These four Premier League clashes were supposed to take place as part of Matchday 8 this Sunday 18 September. However, only two of them will be held.

SPOX explains below why this is so.

Premier League: That’s why Chelsea vs Liverpool and ManUnited vs Leeds are not happening today

After she passed away on September 8th, the funeral is scheduled for Monday. The resources of the police forces are already stretched this weekend, which is why Chelsea against Liverpool and ManUnited against Leeds have to be contested on another day. Incidentally, this also applied to the clash between Brighton & Hove Albion and Crystal Palace planned for yesterday Saturday.

The entire 7th matchday from last weekend was not completed due to the death of the Queen and was postponed to an indefinite period of time. “After extensive consultations with clubs, police, local safety advisory groups and other relevant authorities, there was no other option. New dates for the postponed matches will be announced in due course,” the Premier League said.

In view of the World Cup in Qatar (November 20th to December 18th) and the Champions League matchdays during the week that almost lasted until the beginning of November, the English league has little scope for the time being to catch up on the matches – especially in the case of Liverpool, Chelsea and Manchester United, who are represented internationally and have two games open.