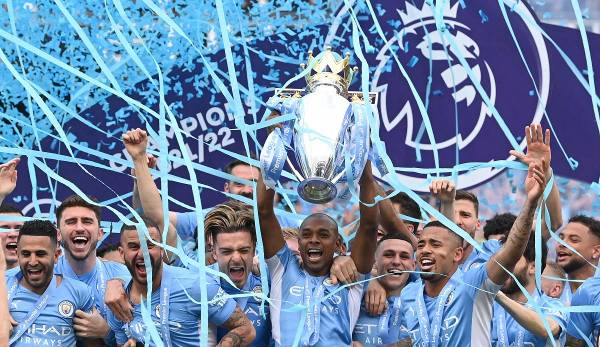 On the 38th match day of the Premier League there were still some exciting duels and decisions. The long-distance duel between Manchester City and Liverpool FC was about the English championship. The LFC had to hope for a slip of the “Skyblues”.

But in the end, after a thrilling game against Aston Villa, Manchester prevailed 3-2 and are the new English champions. In terms of international business, the places were still up for grabs. In the end, Tottenham Hotspur secured entry into the Campions League with a convincing 5-0 win against relegated Norwich City.

Arsenal FC and Manchester United will be represented in the Europa League. West Ham United will play in the Conference League next season.

The Premier League will start earlier than usual. Start is on August 6th. Last year the season didn’t start until August 13th. The players now have a break of around two and a half months until the new season starts.

Then, on the weekend of November 12th and 13th, Premier League games will be suspended. Due to the Winter World Cup in Qatar, the national players will join their international squads from November 14th.

The season will continue right on time for “Boxing Day” on December 26th. The national players will then also be available again in the squad. The final matchday will take place on May 28, 2023. All games will then be played out at the same time as always.

The exact schedule will be announced on Thursday, June 16th. A total of 380 games will then be spread over 38 game days. Newcomers to the league are Fulham FC and AFC Bournemouth.

Between Huddersfield Town and Nottingham Forest the last promotion place will be decided. Both teams meet at Wembley Stadium on Sunday, May 29th.

Premier League: The table after the last matchday of the 2021/22 season