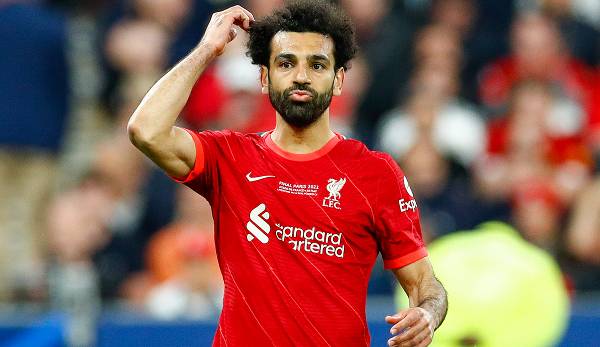 Mohamed Salah’s future is still open. One option could be a club the Egyptian dreamed of back in 2011.

At least for the short-term future, Mohamed Salah left no doubts. “I’m definitely staying next season. That’s for sure,” the Egyptian clarified. Of course, this meant his situation at Liverpool FC.

The 29-year-old is under contract with the club coached by Jürgen Klopp until 2023, but what comes after that seems open. Talks between the two parties are ongoing, but they are said to be a long way from an agreement.

There is interest from many top European clubs in the winger, whose personal development into a world-class player goes hand in hand with the development of the whole club. Real Madrid and FC Barcelona are mentioned, but how The Athletic recently reported that Salah would prefer to stay in the Premier League if Liverpool were to leave.

Mohamed Salah and Newcastle United: 2011 was almost there

The English top flight was already a goal for Salah when he was only known to the best-connected scouts. In 2011 he even had his eye on a very specific club, which now – twelve years later – appears in a completely different light: Newcastle United. “Newcastle will soon make an offer to sign me for a season” – Salah said in 2011 Ahram Online: “It’s every player’s dream to play in one of the strongest leagues in the world.”

At that time, the then 18-year-old was still playing for Al Mokawloon, and his dream of the Premier League did not come true at first. In 2012 he moved to FC Basel in Switzerland and started his world career there. His England dream apparently came true with a move to Chelsea, but it was a step backwards in sporting terms. It was only in Italy that he matured into a top star in Florence and then in Rome and finally went to Liverpool in 2017, where he developed into a candidate for the title of world footballer.

Salah will be 30 years old in a few days, and another year will have passed after his contract in Liverpool ended. For him, the next contract may be his last, so he wants to get a lot out of it financially. Salah and his agent Ramy Abbas Issa reportedly do not feel the offer made by the Liverpool side is high enough. Salah is even said to be willing to cut back on contract length and settle for a two-year deal, but the salary is said to make him one of the top earners in world football. Exit? Open!

A change from Sadio Mane may bring new movement to the talks. In any case, it could not be assumed that Liverpool would keep Salah, Mane and Roberto Firmino, whose contracts all expire in 2023. A sale of Mane in the summer – presumably to FC Bayern – could create financial freedom for a new Salah contract.

And what if there is no agreement? Noisy Mirror if Barcelona are heavily digging at the Egyptian, the Catalans are said to have already made him a promise that he could come on a free transfer in 2023. The Spanish giants are in the process of rebuilding, Salah would be one of the new superstars in the squad. It is questionable, however, whether Salah wants to go to Spain or whether he would rather stay in England. A move to Manchester City or even ManUnited would be a stab in the heart for Liverpool fans.

Salah’s wish is clear: he wants to stay in Liverpool. But the Reds have to dig deep into their pockets for this. In Newcastle, Salah would probably not fail because of the money since the club is owned by a Saudi Arabian consortium. In terms of sport, however, the prospects are not so rosy at the moment. It is at least questionable that Newcastle will qualify for European business right away in the coming season or even make it into the Champions League. And that Salah still dreams of the Magpies today, too.