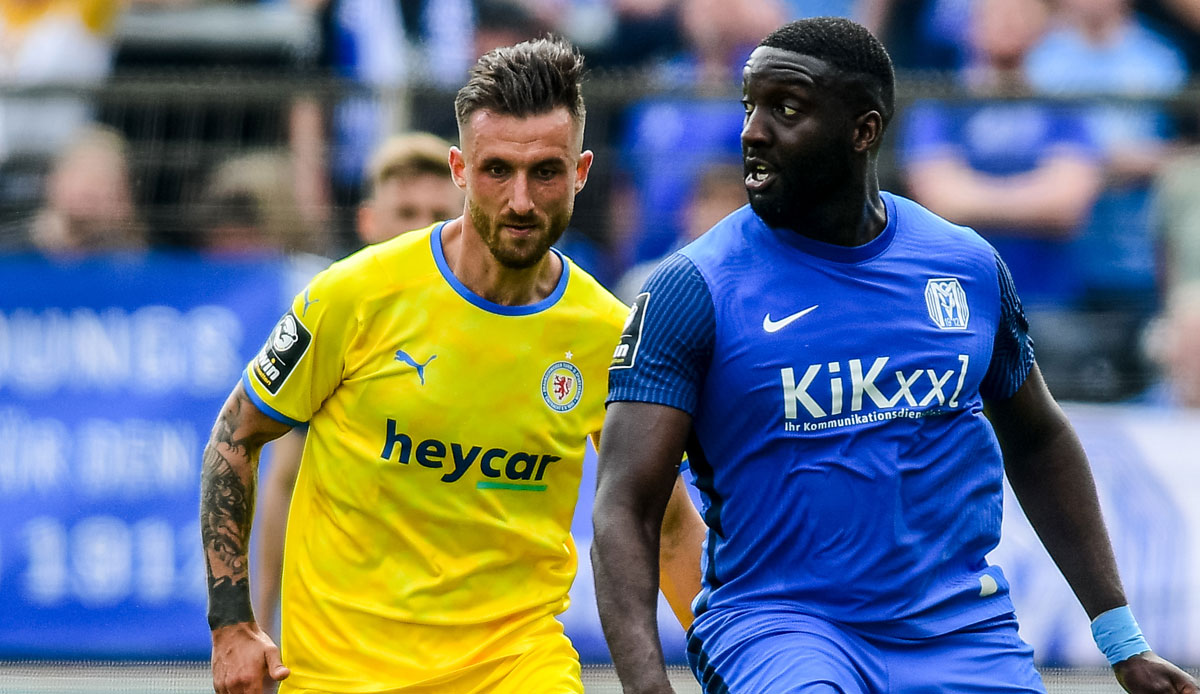 Eintracht Braunschweig missed the first match ball: the traditional club from Lower Saxony missed the immediate return to the second division on Saturday. The German champions of 1967 had to admit defeat at SV Meppen 2:3 (1:2) on the 37th matchday of the 3rd division and thus missed the decisive three points for promotion. On May 23, 2021, Braunschweig were relegated to the 3rd division.

Thilo Leugers (2nd, penalty kick) and Richard Sukuta-Pasu (16th) surprisingly brought the Emslanders into the lead. Lion Lauberbach (34′) and Jan Hendrik Marx (68′) scored the goals for Braunschweig to make it 2-2. But Rene Guder (86th) scored the winning goal for the Meppen team, who were outnumbered in the final phase after Max Dombrowka received a yellow-red card for handball (79th).

With 64 points, the Braunschweiger Löwen are second in the table behind third division champions 1. FC Magdeburg, who have been promoted for two weeks.

1. FC Kaiserslautern can outperform Eintracht in third place on Sunday (2 p.m. / MagentaSport) at Viktoria Köln after the mistake in Meppen. However, it is the last game of the season for the Red Devils from Betzenberg, who had held second place for a long time. On May 14 (1.30 p.m. / MagentaSport), Braunschweig has home rights against Cologne’s Viktoria on the 38th matchday and then the second match point for promotion.

In the relegation battle, MSV Duisburg made it 1-0 (1-0) against SC Freiburg II to stay up in the league. Moritz Stoppelkamp (6th) scored the goal for the Zebras, who only fired coach Hagen Schmidt on Wednesday and installed Torsten Ziegner as the new head coach.