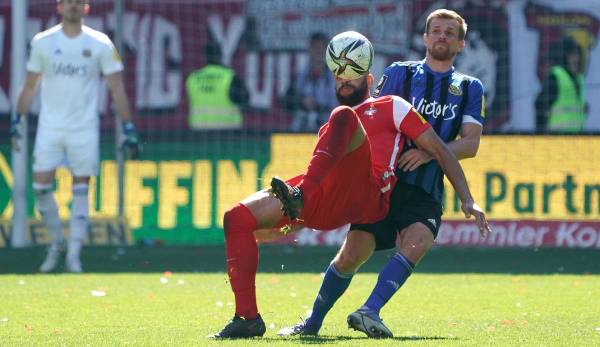 1. FC Magdeburg is the first second division promoted. 1. FC Kaiserslautern would like to follow suit, but must win the game against BVB II. Here at SPOX you get all the information where, when and how you can follow the game live on TV, live stream and live ticker today.

1. FC Kaiserslautern welcomes BVB II on the 36th matchday of the 3rd division. The Fritz-Walter-Stadion in Kaiserslautern has already been reported as being sold out, so you can look forward to a great atmosphere. For the “red devils” it’s about promotion to the 2nd Bundesliga. The biggest competitor for second place is Eintracht Braunschweig. Although they are currently leading by two points, Braunschweig has played one game less. A win against the second team of BVB is therefore mandatory.

Borussia Dortmund’s amateurs are having a good season as a promoted team. They are currently in ninth place in the 3rd division and have nothing to do with relegation. In Kaiserslautern you start the game as an underdog.

Who wants to watch this game has several options this time. The game will be broadcast on pay TV and free TV.

The pay-TV broadcaster Magenta Sport has the rights to the entire 3rd division season. So if you want to continue watching games from Kaiserslautern or BVB’s second team, you won’t be able to avoid the Pay-TV channel. For all Telekom customers, the service costs EUR 4.95 per month with an annual subscription and EUR 9.95 per month with the monthly option. The prices increase if you are not a Telekom customer. The annual subscription variant costs EUR 9.95 per month and the monthly subscription EUR 16.95. Then you can use the service on TV or as a live stream.

You can also follow the game on free TV. The public broadcasters SWR, WDR and SR offer the game on TV and in the live stream.

Do you want to follow the game between Kaiserslautern and BVB II, but have no way of watching the game? SPOX offers the live ticker for the individual game as well as for the conference of the 3rd league.

3rd league: The table before the 36th matchday