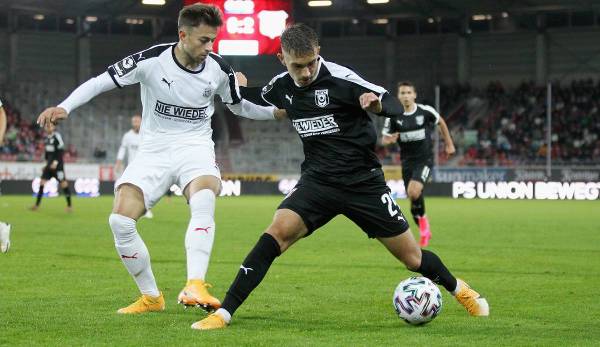 Today the first match day of the new season in the 3rd division also starts for the teams of FSV Zwickau and Hallesches FC. You can find out how you can follow this East duel live on TV, live stream and live ticker today on SPOX.

In the present both teams find themselves in the 3rd league. The Zwickau team ended last season in tenth place in the table. Halle, on the other hand, had to fight against relegation for a long time and ended the season in 14th place. Both clubs hope not to have anything to do with the relegation battle this season and should get off to a good start on matchday one.

You can follow today’s duel live on TV and in the live stream. Here you can find out where the game will be shown.

You can also only find the game between FSV Zwickau and Hallesches FC in the live stream Magenta sports. The preliminary reports start at 1.45 p.m. with moderation Stefanie Blochwitz. Kick-off is then at 2:00 p.m. Commentator of the game is Markus Herwig.

If you don’t feel like paying for the game, you can find it on SPOX a free alternative. SPOX offers a detailed live ticker. With this one you won’t miss a single scene.

Click here for the live ticker of the game between FSV Zwickau and Halleschen FC.