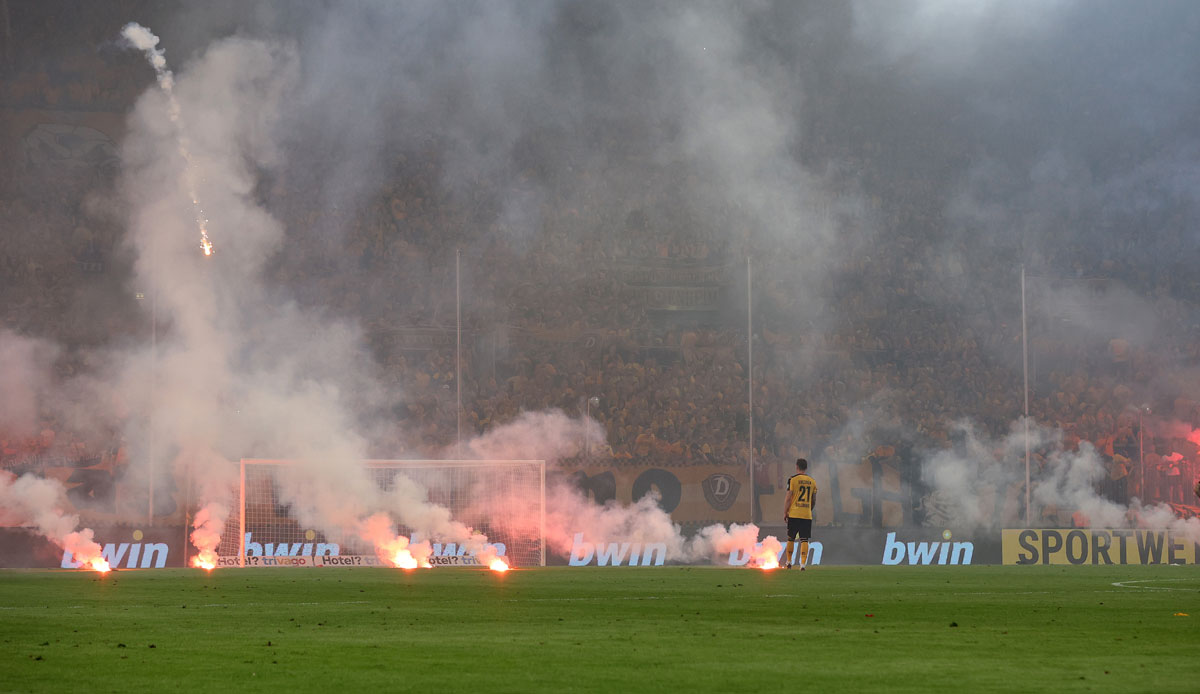 During the controversial relegation second leg between Dynamo Dresden and 1. FC Kaiserslautern (0:2), the feared riots broke out in and outside the Rudolf Harbig Stadium. After the final whistle, a group of around 30 Dynamo fans tried to illegally gain access to the stadium building, injuring two stewards. She is being investigated for breach of the peace.

After stones were thrown at one of the shuttle buses on departure, investigations into property damage were also initiated. In addition, there is a suspicion of dangerous bodily harm because a rocket flew from the guest block to the south stand in the first half. But nobody was injured.

During the game, both fan camps repeatedly ignited pyrotechnics. After the second goal for promoted Lautern in injury time, referee Daniel Siebert interrupted the game for a few minutes because the home fans had thrown several flares onto the pitch.