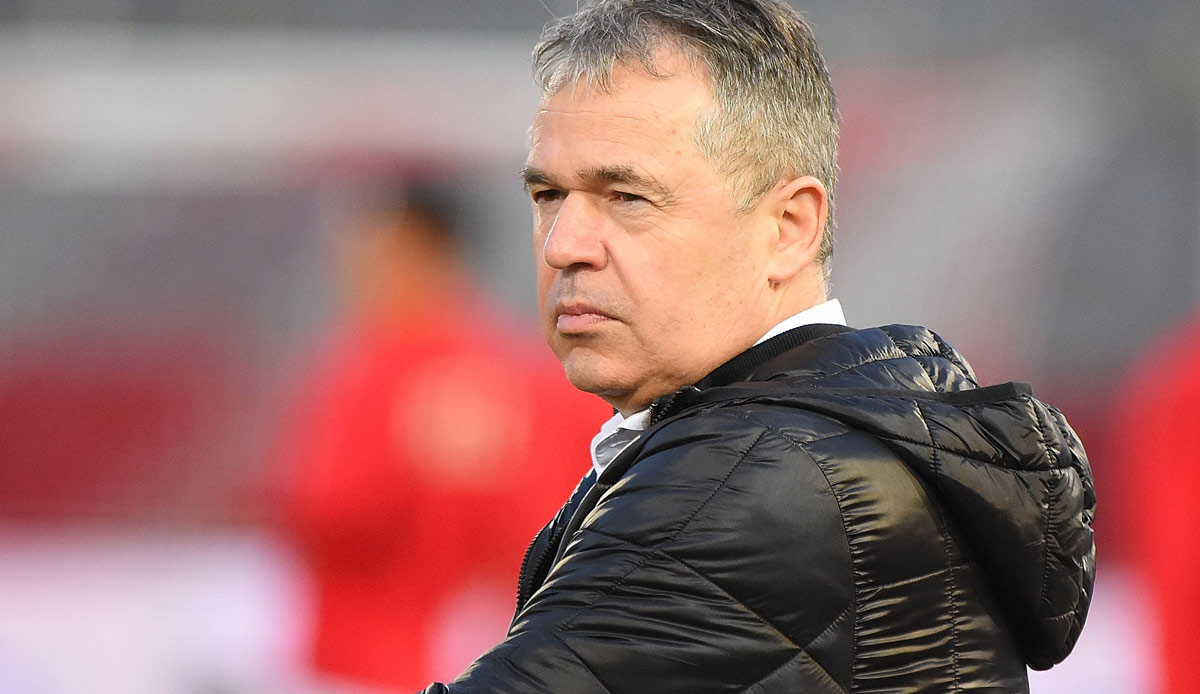 In view of the looming energy crisis, Andreas Rettig also sees a need for action in German professional football.

In view of the feared energy crisis in autumn and winter, former DFL Managing Director Andreas Rettig (59) has called for professional football to make a significant contribution to saving energy.

“Because if energy rationing is currently being considered and households have to use it more sparingly, if the Economics Minister appeals to save energy where possible, then professional football must also make its contribution,” said the long-time Bundesliga manager in an interview with the SID.

For him it is incomprehensible “when the lawn heating and floodlights are running at full blast in winter”. According to Rettig, an oil-powered lawn heating consumes around 2000 liters of heating oil a day: “That’s about as much as a single-family house in a whole year. I think that you really have to rethink and be prepared here.”

In this context, the former managing director of the German Football League (DFL) also addresses the change from the game year to the calendar year. “Scandinavian countries are already doing this. If a World Cup in Qatar means that all of Europe can change the game plans, then I think that could be done right for this more important goal of climate protection,” Rettig mused.

In this case, the winter business for the subscription sale of media partners should be considered subordinate: “In these times of energy shortage, there should be no ban on thinking – not even for professional football.”

I would like to see a “paradigm shift in the distribution of performance bonuses and other incentives” towards sustainability, says the Leverkusen native: “Why shouldn’t you give special rewards to the clubs that will achieve the largest share of the common good in the future. Or set a bonus for the Greenest stocking of the sustainable or socially committed player. For me, those would be signals that point in the right direction.”

At the moment, the associations, both nationally and internationally, are primarily geared towards “rewarding sporting success, then of course the clubs will primarily invest in shorts”. Which also leads to attracting investors “in order to generate short-term sporting success in order to then generate funds from the lavish media pots”.

The wrong way for Rettig. When he sees “that in Europe it is primarily the 20 clubs with the highest sales that are glorified, I have to smile about it. Sales alone are not a key figure that convinces me.” Greetings from Barcelona with its 1.35 billion euros in debt. radish in SID-Conversation: “Here I would wish much more for other incentives to be created, for example for sustainability issues.”

Rettig also sees a need for reform in the compensation system for managers: “For me, it is no longer up-to-date to only bonus a place in the table or a title, but also to meet certain criteria there.”

Reservations about club presidents, such as those about the new Hertha boss Kay Bernstein, who comes from the ultra scene, are also not effective.

“I think we have to get away from the issue of putting fans in drawers and then playing them off against each other,” says Rettig: “That means ultras, normalos, overseas consumers, business seats and boxes, sponsors, fan curves, omnivores or Event fans – they all usually have a special relationship with the club and their affection in common.” The VIP, for example, can be just as “emotionally connected to a club as someone who climbs the fence. I think everything should also be assessed in an age-appropriate manner”.