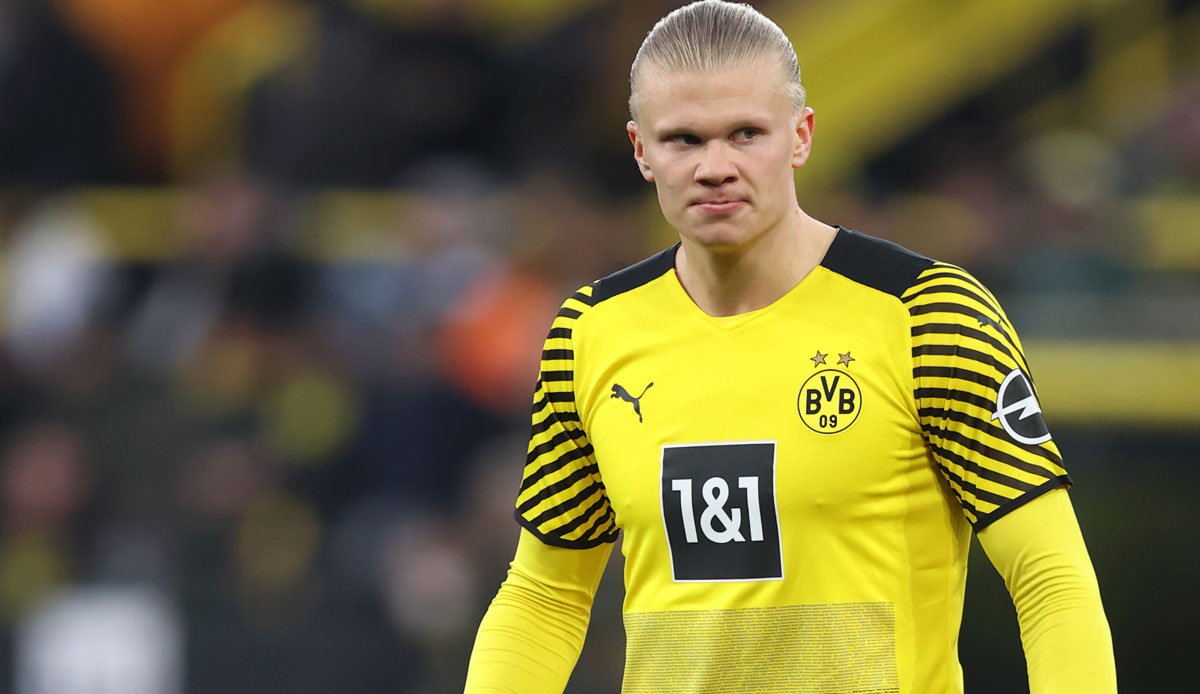 Erling Haaland has been ailing for several weeks, but even BVB doesn’t seem to know exactly how his top striker is doing. This emerges from a media report.

Although Haaland (21) had played almost all of three competitive games since returning from his most recent injury break – but hadn’t scored – the Norwegian “couldn’t be pain-free yet,” said coach Marco Rose on Friday.

“I was sent a photo: the foot was 90 degrees to the leg. That means something must have broken there,” Rose explained at the press conference, explaining his assessment of Haaland’s injury, which he sustained with the Norwegian national team the game against VfL Wolfsburg on Saturday (3:30 p.m. in the live ticker).

Nevertheless, Haaland will play. “He bites his teeth, then maybe takes a pill before the game and that should work.”

Incidentally, BVB itself does not seem to be informed about an exact diagnosis of Haaland’s ankle. Rose hinted that Haaland would refuse to have an MRI scan done. “You work out with the player how to deal with an injury, whether to take pictures or not. We can’t shove the boy into the tube if he doesn’t want to.”

the WAZ meanwhile speculates about Haaland’s motives for refusing a detailed investigation. Accordingly, the upcoming change from Haaland next summer could be the decisive point.

It is conceivable that Haaland does not want to risk that a more serious injury could endanger the change – according to media reports, Manchester City and Real Madrid are still in the draw. Haaland’s injury susceptibility could also prevent a move in the summer, according to reports.

In the current season, Haaland has scored 16 goals in 19 Bundesliga games and 7 assists for BVB.