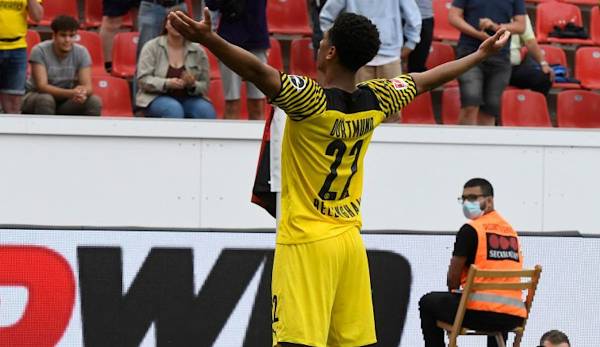 Ex-referee Thorsten Kinhöfer has criticized Daniel Siebert’s performance at the BVB game against Leverkusen. Sebastian Kehl complained about the defensive performance – this is also coming into focus before the Champions League opener against Istanbul. Here you can find news and rumors about Borussia Dortmund.

Click here for the BVB news and rumors from the day before.

Ex-referee Thorsten Kinhöfer has in his column for Picture on sunday on the controversial referee decisions in the top Bundesliga match between Bayer 04 Leverkusen and Borussia Dortmund (3: 4). In his opinion, the goal from BVB youngster Jude Bellingham “should have counted”.

Shortly after Erling Haaland equalized (37th), Bellingham headed free-standing to make it 2-1 for Borussia, but to the amazement of the fans, the goal was withdrawn by referee Daniel Siebert. Reason: Mahmoud Dahoud had committed a foul several seconds earlier, but Leverkusen had enough time to clear the ball – Kinhöfer saw it similarly.

“A foul must be reported retrospectively by the VAR or punished by the referee if the attack situation has not been interrupted or cleared up,” explained Kinhöfer. “Leverkusen’s Kossounou got the ball after the foul and consciously shot it out of the penalty area, even if he didn’t hit it properly and the ball stayed with BVB.”

BVB official Sebastian Kehl has criticized the Dortmund team’s defensive performance against Leverkusen. “In Leverkusen it was again about the topic of residual defense, because I still discover that we are too careless. We have to be more attentive and think about the loss of the ball,” he said kicker. In the long run, such a high number of goals conceded is “unmanageable.”

Dortmund’s sporting director Michael Zorc, on the other hand, saw the positive: “We caught up three times and won in the end – we haven’t seen that for a long time.” After goals from Wirtz, Schick and Diaby, BVB was able to equalize in the person of Erling Haaland, Jude Bellingham and Raphael Guerreiro and even mark the winning goal shortly before the end. “I liked that, especially the way we performed,” said Zorc.

Dortmund jewel Giovanni Reyna will fall after his muscle fiber tear until the end of September and thus also for the Champions League opener on Tuesday against Besiktas Istanbul (6.45 p.m. in LIVETICKER) the end. On Sunday he was treated in Brackel, they report Ruhr news. The rest of the team will be back in training this Monday after the Leverkusen spectacle, coach Marco Rose didn’t give his players a day off.

On Tuesday morning, the Dortmund then start to Istanbul. Whether Mats Hummels will be back in the starting line-up remains to be seen – newcomer Marin Pongracic was definitely able to convince as his representative against Leverkusen.

Borussia Dormund: The timetable for the coming weeks