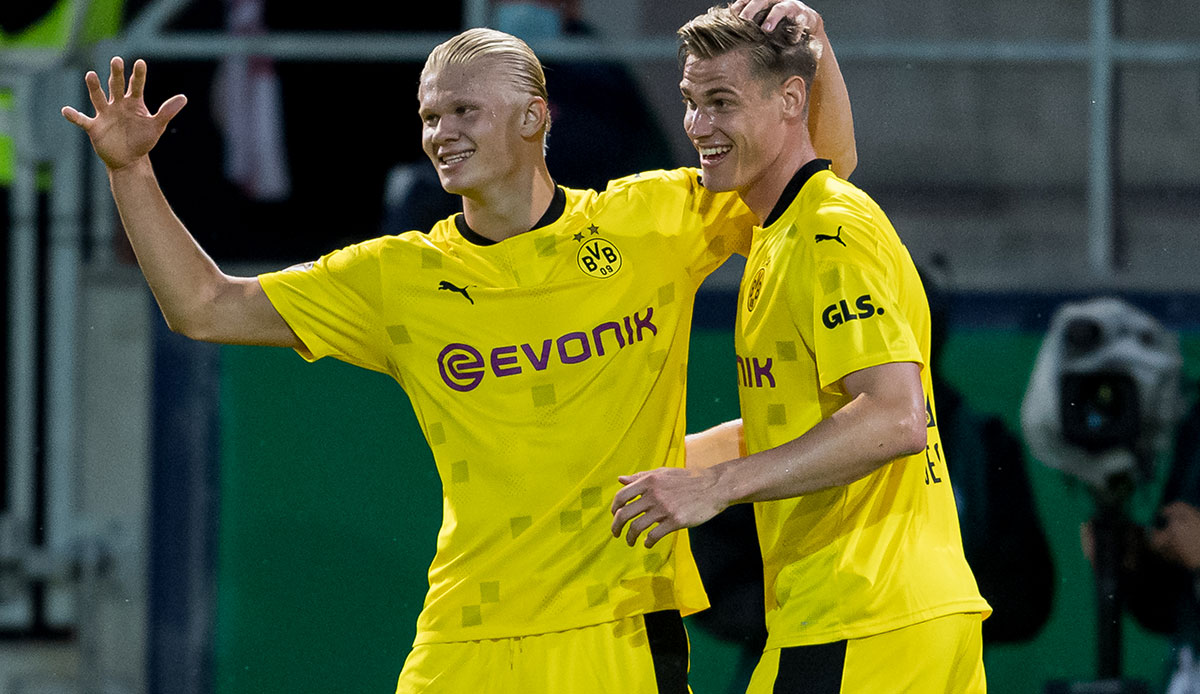 A “mini-Haaland” for 1. FC Köln? Newcomer Steffen Tigges verbally bowed to his former Dortmund teammate Erling Haaland – and believes he “copied a lot” from the goal machine from Norway.

“Erling is clearly one of the best strikers in the world. He’s always impressed me. The way he creates situations himself, with his movements, his dynamism – that’s unbelievable. He’s never satisfied and keeps trying to improve even the smallest things “Said the 23-year-old Tigges full of admiration for Haaland, who was two years his junior, who switched from BVB to Manchester City.

Tigges, who had been in Haaland’s shadow for the past year and a half (22 competitive BVB games, three goals), joined the Conference League participant from Cologne in early July.

FC transferred an amount in the low millions to Dortmund for the 1.93 m tall striker.