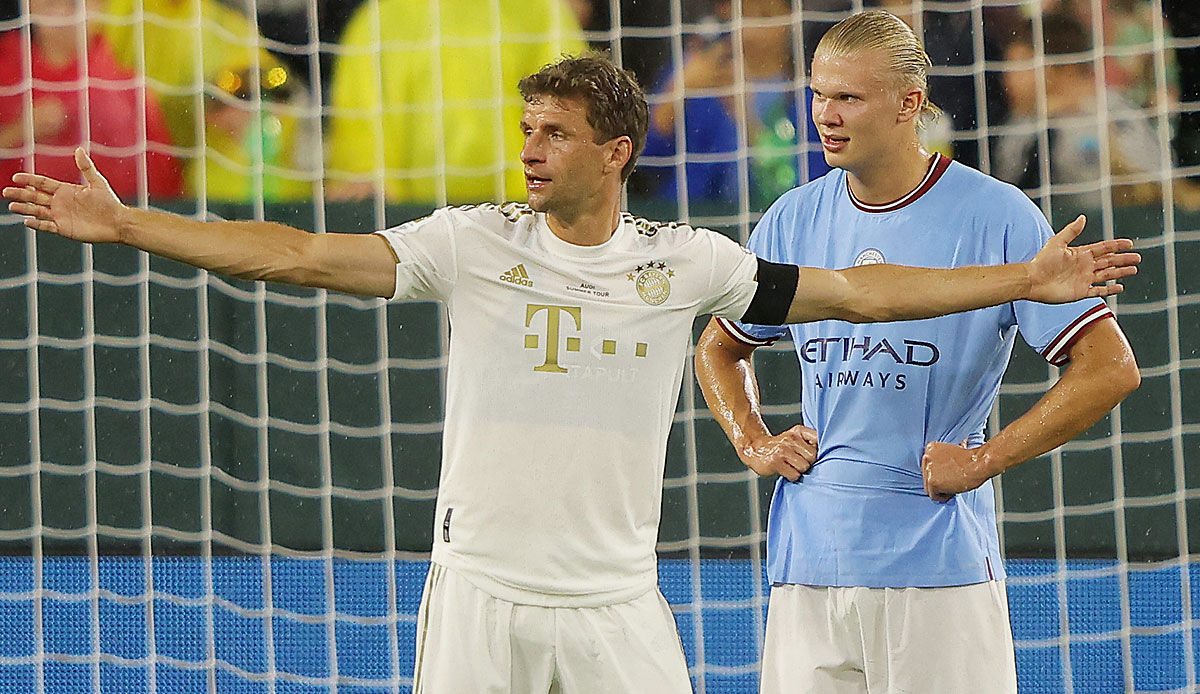 Bayern Munich failed the last endurance test before the start of the season. In the friendly against English champions Manchester City, coach Julian Nagelsmann’s team deservedly lost 0-1 (0-1). The decisive goal was scored by star striker Erling Haaland (12th) on his city debut, which had to be interrupted several times due to storms in Green Bay.

City dominated Bayern from the start and took the lead early in the game. The ex-Dortmunder Haaland only had to put his foot down in the middle when Jack Grealish crossed.

At half time, City was able to underline their clear dominance with 10:1 shots on goal. And in the second round, the team of ex-Bayern coach Pep Guardiola got stuck in the Bayern half, had 22:3 shots on goal and a few good opportunities to make the final result significantly higher.

Bayern newcomers Matthijs de Ligt, Ryan Gravenberch and Noussair Mazraoui came on as a substitute during the second half but were unable to make an impact. Sadio Mane, who was voted Africa’s footballer of the year for the second consecutive year on Thursday, was not included in the squad.

Even before the game at 1:00 a.m. German time on the night from Saturday to Sunday, dark clouds were gathering over Lambeau Field, the game was initially started 15 minutes late and had to be interrupted again for around 60 minutes after the Haaland goal . Except for a few die-hard fans, most of the spectators in the sold-out Green Bay Packers stadium fled to the catacombs from the heavy rain and thunderstorms.

For Bayern it was the second preparatory game as part of the trip to the USA. The German champions won the first friendly 6-2 against DC United, where Mane and de Ligt scored their first goals just a few minutes later. In one week, the new season will start for FC Bayern with the Supercup against cup winners RB Leipzig.